Done 'Waiting for Permission,' Record Number of Black Men and Women Running for Office This Fall 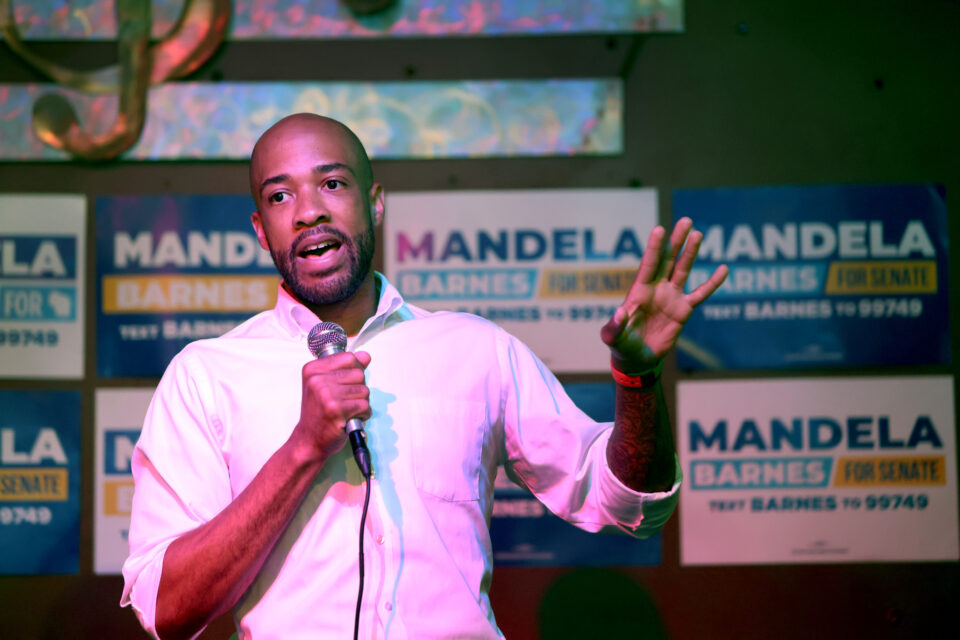 MILWAUKEE, WISCONSIN - AUGUST 07: Wisconsin Lieutenant Governor Mandela Barnes who is running to become the Democratic nominee for the U.S. senate speaks during a campaign event at The Wicked Hop on August 07, 2022 in Milwaukee, Wisconsin. Barnes is expected to win the primary on Tuesday and face incumbent GOP Senator Ron Johnson in the general election in November. (Photo by Scott Olson/Getty Images)

A record number of Black men and women are looking to diversify U.S. politics by running for U.S. Senate and governor posts this fall.

According to the Washington Post, since 1877, just seven senators and two Black governors have been elected. This fall alone, 19 Black candidates (16 Democrats, three Republicans) are running for office in Florida, the deep South, and Midwest battlegrounds, including Wisconsin.

While many face long odds, the high number of Black candidates comes when racial tension across the country is increasing. Many Black candidates expect racially charged attacks on their records and policies. Earlier this month, Chicago Mayor Lori Lightfoot blasted a conservative Super PAC after it aired an ad in which she alleges her skin tone was darkened.

Additionally, many Republican states have passed election restriction bills designed to make it more difficult for minorities, Black, and college-aged adults to vote.

Many of those running for office as Democrats have built their campaigns around issues important for minority voters, including abortion, voting rights, and housing.

Black men and women currently hold 56 seats in the House, and Vice President Kamala Harris serves as the leader of the Senate, but there isn’t a single Black governor running a state.

“The members of the Senate, they don’t reflect America,” Barnes told supporters at a recent campaign event, according to the Washington Post.

“Most senators don’t live in the American experience. They haven’t dealt with the challenges a majority of Americans deal with.”

Deval Patrick, who became the second Black person to be elected governor when he was elected governor of Massachusetts in 2006, said Black leaders are done “waiting for permission” from party leaders and others before they seriously consider running for office.

“I think what we are seeing is a whole bunch of candidates who are saying, ‘If that’s an issue, that is somebody’s else’s issue because there is more to me than that, and I am going to try to get people to see all of me,'” said Patrick.