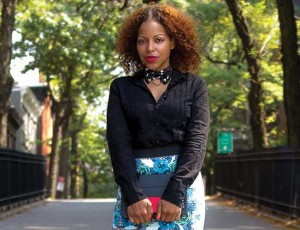 “For me, SBU was the equivalent of an M.B.A. It helped me to navigate some of the pitfalls of running a business before I could fall into them. SBU helped me bring my vision board [for my company] to life,â€ says Jackson. Launched in January 2012, Phoenix Aficionado is a social media consulting firm.

Not only did participating in SBU help Jackson hit the ground running, she also was chosen out of thousands of SBU registrants as the coveted grand-prize winner of a package that included a $10,000 Dell office setup.

“I went from having to take on pro bono cases just to build my portfolio nearly a year in operation to having business leads flowing in continuously,â€ she says. Being profiled in the our November 2012 issue helped to increase her customer base substantially. “Prior to the article, I had clients in the tri-state area as well as Chicago. After the article ran I was covering clients nationwide,â€ recalls Jackson. “I got a lot of quality leads due to the exposure.â€

Winning SBU made a major dent in the business also in terms of resources. “I was buying one item at a time. The most significant items that Dell provided were a desktop station which I used to make my home office. I had an old laptop that had broken right before the notification of the win.” She also won three Dell laptops. “I carry the XPS13 with me everywhere I go. One I use to run social media software,” she says. “One of the other general laptop units I leverage whenever I’m working remotely to continue to run social media software programs efficiently when I’m away from my Desktop for a significant period of time.”

Jackson’s journey to entrepreneurship began after holding jobs in sales, customer service, and accounting at companies such as Sprint. She decided to give up the stability of a steady paycheck in 2011 to become a businesswoman at age 26. The Brooklyn, New York, native had developed a knack for building online relationships and helping her employers connect with customers using sites such as Facebook, Twitter, and LinkedIn. So she created a business plan to launch her company.

She used personal savings of $2,500 to cover startup costs for Web design, photography, marketing software, an iPhone, a tablet, and a professional camera. She also bartered with local entrepreneurs such as a graphic designer to help set up her Facebook and Twitter pages.

The SBU win also helped Jackson with hiring. “Initially I invested in part-time employees, but I have since shifted that structure. I am using independent contractors, consultants in the tri-state area. I also use remote workers around the country,â€ she says. “I learned from SBU, you can’t be an island to successfully grow your business.â€