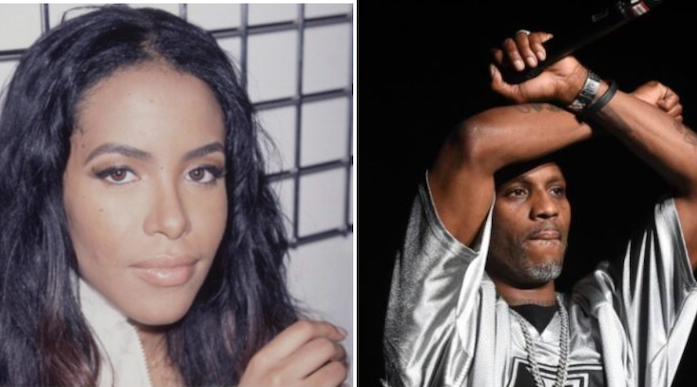 (Image Credit: Twitter)
Aaliyah’s mother, Diane Houghton, offered her condolences and posted a tribute to rapper DMX following the news of his passing on Friday.
“Earl you had and still have a heart of gold,” Haughton posted on Instagram. “You and Baby Girl will meet again with all the beautiful people we have lost. Will never forget your kindness. NEVER! Blessing to your family! Eternally!”

Aaliyah and DMX Starred in Romeo Must Die

DMX, born Earl Simmons, starred alongside Aaliyah in the 2000 film Romeo Must Die. They also collaborated on the movie’s soundtrack. They teamed up to create the magic behind the song “Come Back In One Piece.”

As fans mourned the loss of DMX, many tuned in to watch his past tribute to his co-star. In 2001, Aaliyah died in a tragic plane accident when she was only 22 years old. DMX opened the ‘Miss You” video with heartfelt words that will always be remembered.

“Dearest, sweet Aaliyah. I have trouble accepting the fact that you are gone… so I won’t. It will be like we went for a while without seeing each other.”

DMX Has Inspired Many With His Words

DMX died at White Plains Hospital in New York at the age of 50.

“Earl was a warrior who fought till the very end,” a statement from the family, released to TMZ, read. “He loved his family with all of his heart and we cherish the times we spent with him. Earl’s music inspired countless fans across the world and his iconic legacy will live on forever. We appreciate all of the love and support during this incredibly difficult time.”

Last week, DMX was hospitalized after a drug overdose. DMX fell into a coma and was taken off life support. It was reported that the artist was deprived of oxygen for half an hour after the overdose, leaving him with no brain activity.

The Grammy-nominated and platinum-selling rapper is survived by his 15 children. He’s known for many hits, including “Get at Me Dog” “Party Up (Up in Here).” His music has inspired millions around the world and his legacy will always be remembered.

“I don’t need to have a goal in mind. I just need to have a purpose,” DMX shared with GQ in 2019. “And I don’t even know that purpose, because God has given me that purpose since before I was in the womb, so I’m going to fulfill that purpose…whether I want to or not, whether I know it or not, because the story has already been written. If you appreciate the good, then you have to accept the bad.”