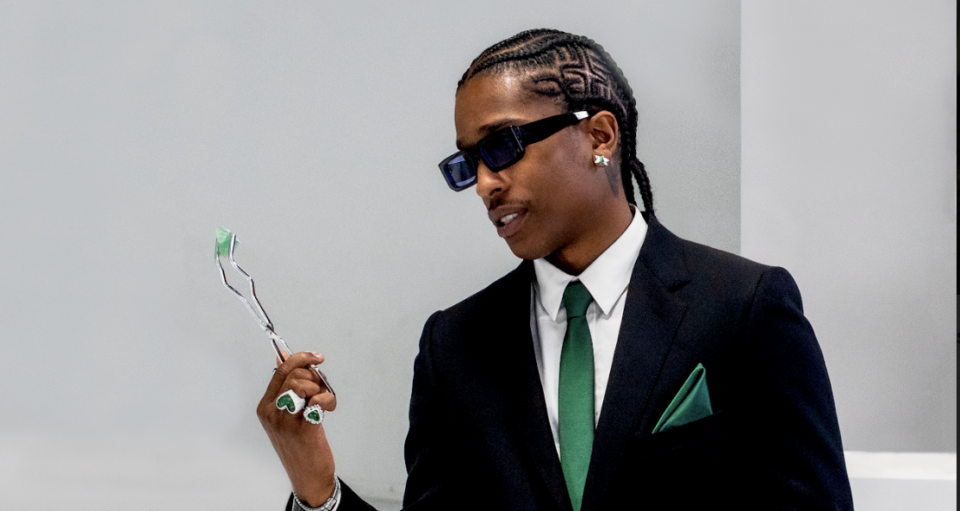 A$AP Rocky is an entertainer who is known to wear many hats. He has extended his boundaries beyond rapping and immersed himself in producing, fashion, modeling, acting, and becoming an entrepreneur.

He recently launched Mercer + Prince, a new blended Canadian whiskey that he established in partnership with Global Brand Equities and E. & J. Gallo, according to a press release.

His new spirit celebrates that it was created beyond the sphere of traditional whisky production and parades its unparalleled smoothness influenced by Japanese Mizunara oak. The whiskey is distilled and aged in American white oak barrels for four years and then combined in Canada, Vogue reports.

“This is the only category of spirits that would allow us to have a contemporary approach,” says the rapper. “Whiskey has a reputation of being more macho and traditional, but we wanted to redefine it for everybody—taking influence from different regions and cultures, and blending it into one. The way to push culture forward is for everything to be blended.”

The amber-colored liquor presents a fruity aroma, a smoky-sweet taste, as well as caramel, cinnamon, baked apple, and vanilla notes, according to Vogue.

“You don’t even need anything to drink it with—you can just drink it neat,” says Rocky to the fashion magazine. “I don’t know too many liquids that you could just take straight out the bottle. That was the point—it’s like instant gratification.”

A$AP Rocky took inspiration for the name from his favorite cross streets in New York City, where people of various backgrounds and cultures intersect, according to the press release.

“What I love about New York is being able to just walk around the streets and soak up inspiration like a sponge,” Rocky says. “When you think of that cross street at Mercer and Prince, you see so many different cultures and types of people walking around. It’s diverse, and that same template went into making this whiskey.”

During his ideation process, A$AP Rocky borrowed upon his sophisticated taste and ground-breaking style to envision the bottle’s sleek design, packaging, and functionality.

The mission for his whisky was to serve immediate pleasure with the inclusion of two cups on either end of the other bottle so a consumer could pour a drink for themselves and a friend. As a result, the bottle can sit vertically or horizontally on a table.

“I used my fashion eye when it came to the cosmetic and technical design of the bottle,” he says. “I first drew the design on a napkin. It’s a social bottle,” adds Rocky. “It’s quick for sharing. You can just enjoy a drink in a conversation with somebody right away.”

Mercer + Prince is available at ReserveBar and can be purchased later this summer at the suggested retail price of $29.99. For more information, please visit mercerandprince.com and follow @mercerandprince on Instagram.