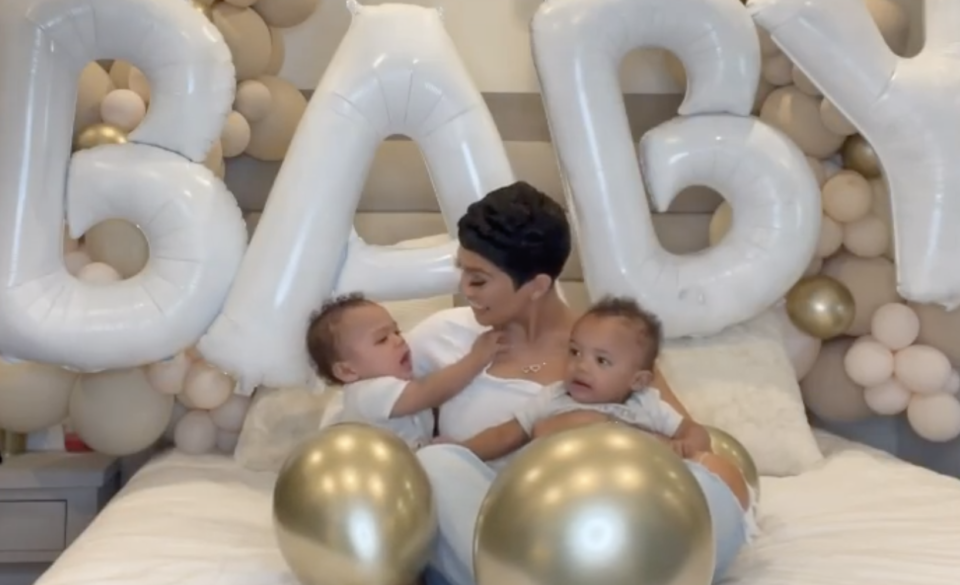 In a picture shared on her account, De La Rosa is on top of a bed with decorative balloons floating behind that spell out “BABY,” smiling as she poses with her hand to her head.

“IM PREGNANT Another set of twins?!” De La Rosa hinted in her caption.

She did not post who is the father but encouraged her followers that she will be “posting all the exclusive content and answering the questions y’all are dying to know” and for her fans to join her OnlyFans profile, according to People.

In one of her Q&A on her Instagram Stories last September, De La Rosa reveals she was expecting in April 2020, but endured a miscarriage. One fan inquired if her pregnancy was planned, and De La Rosa responded, “First pregnancy, April 2020, was definitely not planned, but Nick was such a great friend to me and just so good to me, and then our focus became to have a baby.”

She further explained that the twins were a surprise, but the pregnancy “was planned,” according to People.

In January, model Brie Tiesi announced that she and Cannon are also expecting. As of now, Cannon has eight children with five different women, according to Radar Online.

Cannon, who lost a son named Zen to brain cancer, shares the child with Alyssa Scott.

The host of the Wild “N Out game show is unfazed by the criticism he receives about fathering a brood of children with different women.

“Contrary to popular belief, I’m probably engaged throughout my children’s day, more often than the average adult can be,” Cannon said to Men’s Health. He also revealed that he makes the extra effort to spend time with all of his children even if he is not in town.

“And then when I am [in the same city, I’m] driving my kids to school, like making sure I pick ’em up,” the television producer explained. “All of those things, making sure [I’m there for] all extracurricular activities. I’m involved in everything from coaching to having guitar lessons.”