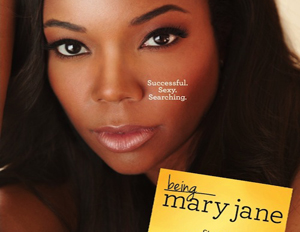 ABFF’s monthly mixers help promote this year’s return of the festival to NYC, June 11-14, at the Hilton Midtown. Designed for mingling and gathering information on the festival, the intimate events often attract working film and TV professionals, those who aspire to pursue a career in Hollywood, and even celebrities. Cast members from Being Mary Jane surprised Tuesday’s crowd sitting comfortably in the MIST screening room. Grabbing the microphone to introduce themselves, they joined the audience to not only watch their season premiere, but also dance during commercial breaks. Old-school music lovers enjoyed a fun flashback when classic R&B artist Jeff Redd hopped up out of the audience and joined the cast to dance when the DJ played his hit 1991 record off the Strictly Business soundtrack, “You Called and Told Me.â€ The crowd of both women and men nodded their heads, nibbled on free popcorn, and sipped wine while witnessing and reacting to the relationship frustrations of Being Mary Jane star Gabrielle Union.

With Meetups planned monthly leading to this year’s 19th annual ABFF, registration specials and other goodies are offered for those who attend. To get on the invite list for future events, join the ABFF page on meetup.com.