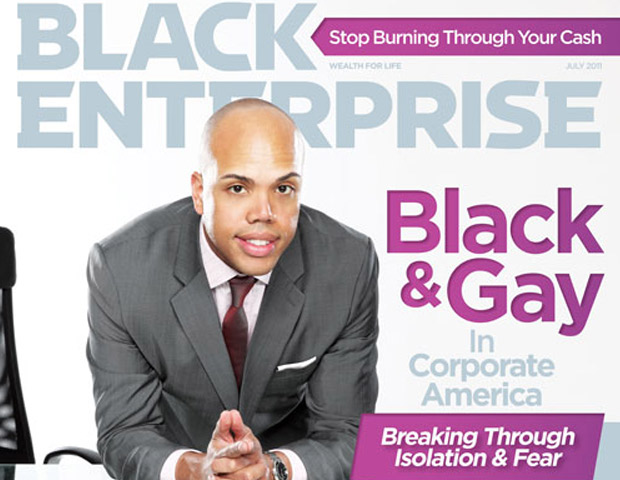 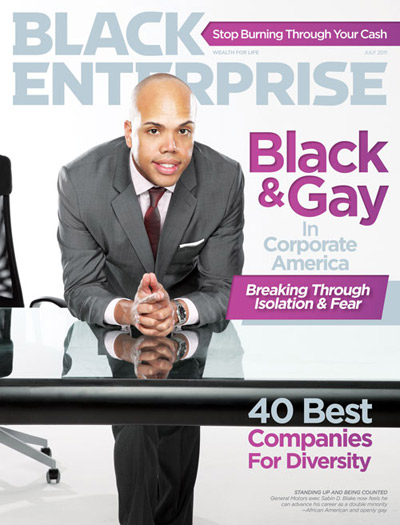 We’re not going to pretend this was an easy topic for Black Enterprise to consider. Let’s face it–the lesbian, gay, bisexual, and transgender (LGBT) community is one of which our society whispers, mocks, ignores, and, in extreme cases, vehemently rejects. For Black members of this community, the emotional backlash can be even more intense. Editor-at-Large Carolyn M. Brown and I spent months producing this feature. Due to the topic’s controversial nature, we had some difficulty finding subjects. Even some of those who agreed to participate in our cover story, “Black and Gay in Corporate America,â€ felt some trepidation about how revealing their sexual orientation would affect relationships with family, friends, and associates outside the workplace.

Who is the gay Black professional? If you were to rely on media images, they are overtly flamboyant and dramatic male hairstylists and fashion designers. Depictions are often skewed comedic renderings of members of a community who in real life too often lead separate lives to buffer themselves–and their families–from ridicule. “Many professionals are out in their community but private in the world,â€ says Sharon J. Lettman-Hicks, executive director and CEO of the National Black Justice Coalition, a civil rights organization that seeks to empower the African American LGBT population. “There’s a healthy Black, educated professional class of the gay, lesbian, and transgender community in this country. But there’s no recognition of their existence. There’s no protection for their rights–for silent or overt discrimination. Black people in general treat the existence of gays and lesbians and transgender people in the African American community like ‘don’t ask, don’t tell,’â€ the former U.S. policy governing homosexuality in the military.

That code of silence has been the mode in which many LGBT employees have operated for decades. It’s one of the reasons we structured our 40 Best Companies for Diversity differently this year. In addition to listing companies based on the percentage of African American and ethnic minority employees, senior managers, and board members, and on the procurement spend with Black and minority firms, we identified those corporations that also made the Human Rights Campaign’s Best Places to Work list for LGBT employees. It’s an indication that these firms believe in the power of full inclusion, and also that they’re choosing not to overlook an $800 billion-plus market.

What also drove the development of our feature is the growing number of professionals who have decided to share with the world their true selves (see sidebar on CNN anchor Don Lemon). Advocacy is never an easy journey, particularly when an individual has been thrust into such a position. The need to live behind a protective shield is very real to those who have suffered rejection, embarrassment, humiliation, and sometimes even violence. Sometimes, however, it becomes evident that coming forward with a personal testimony and an example of success could help improve the lot of others. We developed this feature to communicate that anyone can make a significant contribution. They just need to gain the opportunity to stand up and be counted.

Be sure to pick up the July 2011 issue of BLACK ENTERPRISE when it hits national newsstands Tuesday, July 19 and look for more of our Black LGBT coverage all month long at www.blackenterprise.com/BlackLGBT.