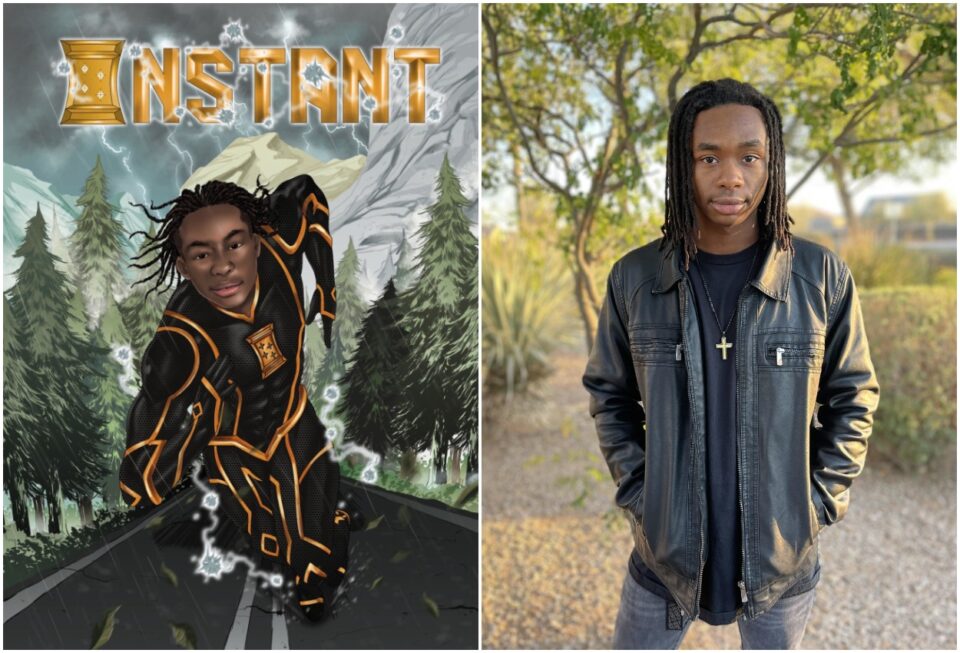 He first began writing at the age of 14, and six years later, his first comic book “Instant” was released Feb. 14, 2022 on Amazon, the Kindle app, and Comixology, according to a press release.

You can check out the trailer for Instant below!

“The reason I created a superhero universe centering around black superheroes, is simply because there aren’t enough black superheroes in the world. If I were to ask your average Joe who doesn’t know anything about superheroes, to name five white superheroes, he could do that in a heartbeat, but if I were to ask that same person to name five black superheroes, he’d have a hard time naming two, let alone five. And so, I wanted to create a black led comic book universe that other kids and adults that look like me, can have superheroes that look like them, to look up to. With all that being said, I don’t want there to be any confusion, my comics are not only for the black community, my comics are for the world, and for every ethnicity to enjoy and relate to. Whether you’re Black, white, Hispanic, Asian etc. my comics are for all. And I hope that anyone who reads my comics no matter their ethnicity, is able to connect with my superheroes on a personal level and see themselves in my heroes.”

If you would like to stay up to date with everything regarding Absalon White Jr. and his comic book universe, follow him on Instagram. and don’t forget to check out “Instant,” available now on Amazon, the Kindle app, and Comixology!