Accenture Strives to Create Women of Power Out of 'Hidden Figures' 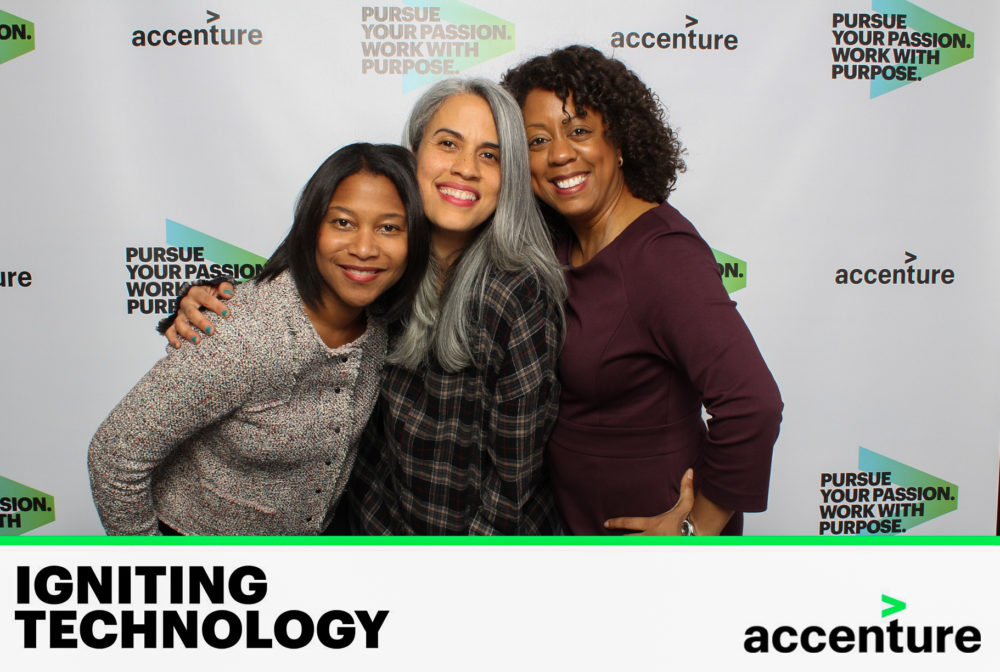 In 2015, the Bureau of Labor Statistics raised the alarm that the U.S. was projected to have a shortage of 1 million STEM (science, technology, engineering, and mathematics) workers over the next decade.

Presumably, STEM jobs will continue to be plentiful in an increasingly automated world and well-paying for quite some time into the future. With women, and particularly women of color, far down the economic rung in terms of salary and overall wealth, it is vital that women of color fill these coveted STEM positions.

Leading global professional services company Accenture is lending its assistance in the effort to bring and keep more women and women of color into technology roles throughout its worldwide offices. The company kicked off a series of Hidden Figures events.

During these events, women who are new recruits at Accenture get a chance to network and speak with senior women leaders who have achieved successful positions in the company.

The most recent was held at Accenture’s New York City office. About 60 recruits had the chance to meet women with impressive résumés and experience including Michelle Gadsden-Williams, managing director, North America Inclusion & Diversity Lead, Accenture; and Tracey Patterson, an Accenture managing director leading HR service offerings for the company.

Gadsden-Williams was also a speaker at Black Enterprise’s recent Women of Power Summit. She and other powerful women in corporate American including Prudential’s Dorinda Walker; spoke about climbing up the career ladder when facing a crisis—and each woman shared their personal story.

At the NYC event, Gadsden-Williams provided an overview of diversity and inclusion and introduced a fireside chat that featured Mimi Valdes, the producer of the movie Hidden Figures and Alaina Love, CEO, Purpose Linked Consulting.

Prior to its New York event, Accenture held the same event in Chicago in December and will hold a third in Silicon Valley in April.

Accenture employs more than 435,000 people worldwide and fosters policies and programs with a commitment to diversity.

“Diversity makes our business stronger and more innovative and, most important, it makes the world a better place,” said Pierre Nanterme, Accenture’s chairman and CEO, in a statement from last year.