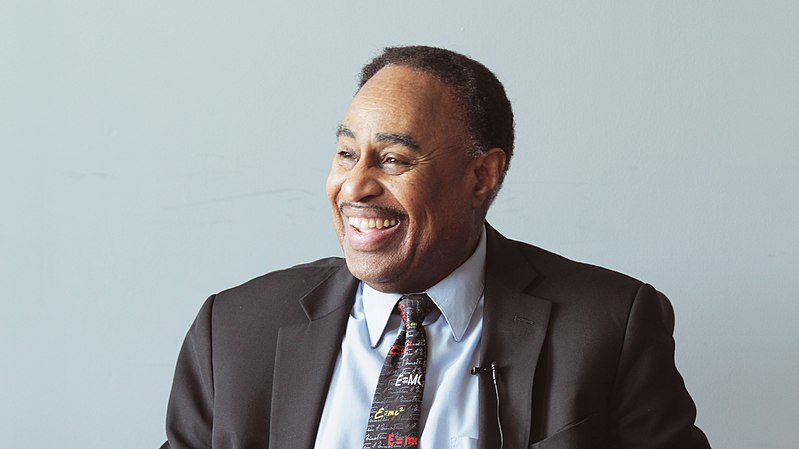 The real-life version of Doc Brown—an inventor who succeeds in building a time travel machine in the classic film Back to the Future—appears to be among us. Much like the fictional character, Ron Mallett, Ph.D., is obsessed with time travel and has been working to build a time machine for decades.

In an exclusive interview with CNN, the 74-year-old astrophysicist revealed that he’s found a way to travel back in time, theoretically. He says he’s developed a scientific equation that could serve as the basis for an actual time machine. He also created a prototype that illustrates how lasers could be used to manipulate time and space—a key element of his theory. Mallett, who serves as a tenured physics professor at the University of Connecticut, explained that his position on the possibility of time travel is rooted in Albert Einstein’s general theory of relativity.

Einstein’s general theory of relativity is based in the concept of gravity —and considers how time is affected by gravity.

“What Einstein meant by that is the stronger gravity is, the more time will slow down,” says Mallett.

Einstein’s general theory of relativity says that what we call the force of gravity isn’t a force at all, it’s actually the bending of space by a massive object.

“If you can bend space, there’s a possibility of you twisting space,” says Mallett.

“In Einstein’s theory, what we call space also involves time—that’s why it’s called space time, whatever it is you do to space also happens to time.”

Mallett suggests that light could also be used to affect time via something called a ring laser.

He’s created a prototype illustrating how lasers could be used to create a circulating beam of light that twists space and time—inspired by his first job experimenting with lasers’ effect on airplane jet engines.

“It turned out my understanding about lasers eventually helped me in my breakthrough with understanding how I might be able to find a whole new way for the basis of a time machine,” says Mallett.

“By studying the type of gravitational field that was produced by a ring laser, this could lead to a new way of looking at the possibility of a time machine based on a circulating beam of light.”

Mallett’s also got a theoretical equation that, he argues, proves this would work.

“Eventually a circulating beam of laser lights could act as a sort of a time machine and cause a twisting of time that would allow you to go back into the past,” he says.

“You can send information back, but you can only send it back to the point at which you turn the machine on,” says Mallett.

Although many scientists are unconvinced that the idea of a time machine will ever come to fruition, Mallett’s nearly lifelong quest to travel back in time has not been deterred. At its core, his passion is driven by his desire to revisit his late father, who died from a heart attack at 33 years old when Mallett was 10 years old.

“For me, the sun rose and set on him, he was just the center of things,” Mallett told CNN. “Even today, after all of these years, there’s still an unreality about it for me.”

Even though the odds are slim that time travel will materialize within Mallett’s lifetime—if ever, the academic’s fascinating story may hit the big screen. A major production company bought the rights to his story and he has a second cinematic project in the works. This, he says, might be the closest glimpse he may ever get of his father again.

“The idea I will actually be able to see my father on the big screen,” he said, “it will almost be like bringing him back to life for me.”