The Action Center on Race and the Economy (ACRE) has called Amazon’s one-year ban on its Rekognition facial software to law enforcement agencies, the “bare minimum.”

The tech giant announced Wednesday it will place a one-year moratorium on allowing law enforcement to use its controversial Rekognition facial recognition software. The move was made in response to the Black Lives Matter protests happening across the country following the deaths of George Floyd and Breonna Taylor.

Maurice Weeks, co-executive director of ACRE, believes it was a mistake to sell the software at all.

“Amazon should have never allowed law enforcement to use their flawed and racist facial recognition software in the first place,” Weeks said in a statement. “Their one-year moratorium is doing the bare minimum during this time where the United States is in uproar over the continued murder of Black people by police.”

According to The Guardian, Amazon has sold its Rekognition software to police departments across the country. Additionally, the American Civil Liberties Union ran a test on the software and found it incorrectly matched 28 members of Congress to photos of people arrested for a crime. It also disproportionately misidentified Congress members who are not white.

According to Weeks, Amazon is jumping on a moment before the public does.

“It’s clear that Amazon is merely responding to a moment in order to save face and preserve their bottom line. The fact that they didn’t even explain their reasoning behind their decision shows that they’re unwilling to be held accountable to the fact that their technologies have been shown to disproportionately—and often, inaccurately—surveil people of color,” Weeks said.

“Further, Amazon still allows over 1,300 police departments to access Ring footage,” Week said. “This continued relationship puts people of color—particularly Black people and undocumented immigrants—in danger, and is wholly unacceptable. Amazon must commit to completely divesting from their relationships with law enforcement agencies, immediately. Anything less is a racist violation of human rights.”

In 2018, ACRE and the Partnership for Working Families released a report on Amazon’s continued sales of products that promote hate speech and white supremacy. Amazon continues to sell Nazi materials including coins and books. 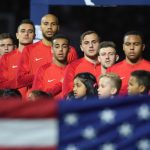 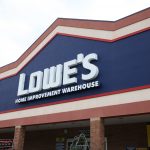