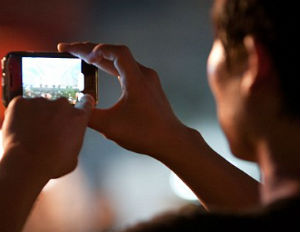 One of social media’s latest technological advances should actively be used for social justice causes, according to a new editorial.

In a piece written for WIRED, Sam Gregory–program director at Witness, the international human rights organization–touts the use of live streaming apps such as Meerkat and Periscope as methods of “documenting news and serving as an important tool for highlighting social injustice or emergencies as they happen.â€

“(Live streaming video) pulls in and engages a distant audience with the visceral experience of what is happening on the ground–and makes it much more tangible because it is ‘now,’â€ the piece says. “It makes us all, even if we are not in the same physical space, direct witnesses to rights violations. And when live video is tied to your social graph it can engage people who know or care about you already directly in the middle of a dramatic experience in your life.â€

That “being there liveâ€ feeling was evident during the Floyd Mayweather Jr. vs. Manny Pacquiao fight earlier this month, as many opted to hunt for streams rather than pay the upwards of $100 price for the premium cable bout or thousands more to see it live in Las Vegas, where even some ticket holders streamed the event to online viewers.

But as Gregory notes, Meerkat and Periscope, which broadcast real-time events to other social media sites such as Twitter and Facebook, have already been utilized by protesters in Ferguson, Mo., and in Baltimore, tools technologist Mario Armstrong predicts will help,Â and are the latter city heal. And WIRED points out live video has been employed as far back as during the Arab Spring and the Occupy Wall Street movement.

“You can instantly back-up and ‘archive’ footage against seizure and deletion from your mobile device,â€ Gregory adds, noting that some apps, specifically Meerkat, lack this capability. An incident described in the piece tells of an activist live streaming a search before he himself was arrested, even after boasting of having 5,000 viewers at the time. The video attracted attention and secured his swift release, according to WIRED.

But conversely, recording video can bring up issues of privacy for those being filmed, along with the potential for graphic violence or even death to be streamed live to a horrified audience.

Plus there are legal rights and issues every potential cameraman or camerawoman should be aware of before pulling out the phone to enact their rights. Perhaps most importantly, despite how easy it is to record video, videographers could be hurt or face taunting from others nearby who disapprove of the filming, so as always, safety first is encouraged should you be at the scene of high-intensity situation with a camera in hand.