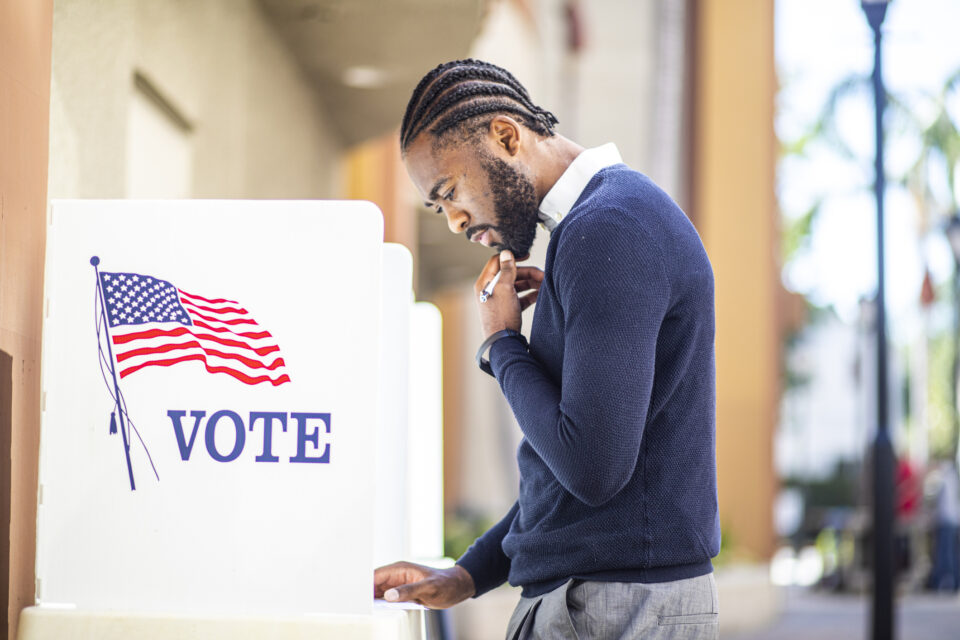 Between new restrictive voting laws and congressional redistricting, it’s becoming harder for Black voters in Florida to organize and vote.

NPR reports Florida is one of several Republican-led states that have passed election laws restricting voting and third-party groups that register minority voters. The laws have forced those groups and activists to work harder to ensure minorities are registered and know their voting rights.

“We don’t want your voter registration form to be thrown out for any reason,” Ben Frazier of the Northside Coalition of Jacksonville told NPR.

“They are doing a lot of different things to suppress the Black vote in this city and in this state.”

In addition to the Sunshine State, Iowa, Georgia, Montana, Kansas, and Texas passed some of the harshest restrictive voting laws in the U.S. These laws place restrictions on or ban drop boxes, early voting, absentee voting, and providing food and water to those waiting in line to vote. Some of these laws have been defeated in court, but many remain and will have an effect in the 2022 midterm elections.

“I think all of that has a chilling effect. People are afraid of the police,” Frazier added.

“We know that this is one of many attempts to suppress the Black vote.”

Black voting rights activists say the laws and restrictions are a reaction to the 2020 presidential election in which Joe Biden defeated Donald Trump by winning Georgia and several other swing states.

Reginald Gundy, a pastor in Duval County, Jacksonville, estimates he has registered more than 80,000 people to vote since 2018 and helped Biden become the first Democrat in decades to win the county.

Gundy told NPR the win didn’t go unnoticed and believes it’s why Florida Governor Ron DeSantis redrew the state’s congressional lines. Before redistricting, Florida had four seats where Black voters had enough power to elect the candidate of their choice. After redistricting, the number of seats Black voters controlled has been cut down to two.

DeSantis vetoed the maps the state legislature drew and drew his own maps arguing the majority-minority district that included Jacksonville was unconstitutional and “didn’t conform to usual political or geographic boundaries.”

The state will also be a big part of the 2020 midterms as DeSantis will face Democrat and U.S. Representative Charlie Crist and Senator Marco Rubio will face Representative Val Demings, who is vying to become Florida’s first Black U.S. Senator.