These Black Women Were Fighting for Social Justice Long Before Kim K. Became the 'Princess of Prison Reform' 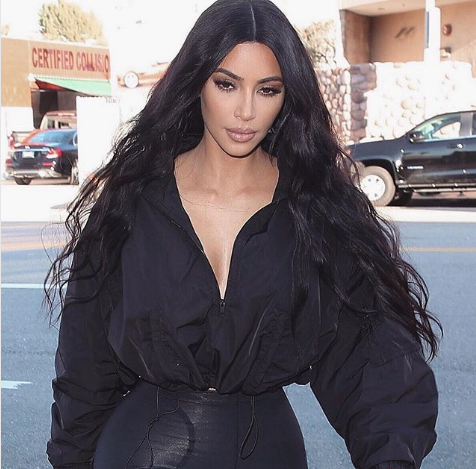 Kim Kardashian West is being hailed by some as the “Princess of Prison Reform” following her advocacy for the release of Cyntoia Brown, who was recently granted clemency. Celebrities, lawmakers, activists, and reps from the ACLU and Black Lives Matter Nashville urged courts to overturn her life sentence for years. However, Kardashian West played an instrumental role in Brown’s case when she enlisted a top-notch legal team to represent the sex trafficking victim back in 2017.

Now, a number of incarcerated people are flooding the beauty guru with letters requesting her help in their own quest for freedom, according to TMZ. Some are even going as far as to call her the “Princess of Prison Reform.”

Even though Kardashian West has used her platform to amplify injustices and has been a helpful resource, it’s the lawyers, community organizers, and activists who have made waves in exposing inequity and pushing for change in the criminal justice system.

Here are 10 inspiring black women worth commending for their extensive work in prison and criminal justice reform in America.

Tamika Mallory was born into activism as the daughter of founding members of the National Action Network (NAN), a civil rights organization led by Rev. Al Sharpton. She served as NAN’s executive director before stepping down in 2013.

As a lifelong activist, she has fought for civil rights, women’s rights, gun control, and healthcare. She had also worked closely with the Obama administration on a variety of social issues along with Fortune 500 companies on projects related to mass incarceration and police misconduct.

Mallory is a board director at Gathering for Justice, an organization aimed at curbing mass incarceration, and an active member of the Justice League NYC, a task force committed to advancing the juvenile and criminal justice reform agenda. She is perhaps best known as a co-president and co-founder of the historic Women’s March on Washington.

Filmmaker Ava DuVernay uses her work and platform to shed light on systemic ills within the criminal justice system. Her pivotal documentary 13th, for instance, explored the evolution of mass incarceration in the U.S. and how it has wreaked havoc on communities of color.

“The film clearly conveys the dramatic expansion of the prison population,” Lisa Graves, the executive director of the Center for Media and Democracy, told Black Enterprise. “After Nixon ran under the southern strategy to criminalize drug addiction, to criminalize the problems people dealt with in the face of continued discrimination and poverty, it was driven upward at such an exponential rate. Those policies were focused in many respects on African Americans and these communities have been targeted.”

DuVernay also used proceeds from her 2012 film Middle of Nowhere to help reduce the costs of calls from prison.

Susan Burton is a formerly incarcerated activist who helps women rehabilitate after being released from prison through her organization A New Way of Life. The nonprofit provides housing, case management, pro bono legal services, advocacy, and leadership development for women rebuilding their lives after prison.

Patrisse Khan-Cullors is one of the three queer women of color who founded Black Lives Matter. The monumental movement originated as a social media hashtag after Trayvon Martin was murdered in 2012 and George Zimmerman was acquitted in 2013 for shooting the unarmed teen. It then, however, ballooned into a global grassroots movement that sparked the creation of hundreds of local Black Lives Matter chapters.

In addition to launching one of the most impactful social movements in the 21st century, Khan-Cullors is the founder of Dignity and Power Now, an organization that advocates for the rights of incarcerated populations and provides support and resources for their families.

Architect Deanna Van Buren designs alternatives to prisons and jails through her project Designing Justice + Designing Spaces. Her life mission is rooted in restorative justice, focusing on the rehabilitation of an offender through reconciliation with their victim and their community based on Native American peace and reparation practices. For one of her projects, Van Buren teamed up with the Center for Court Innovation to transform a crack house in Syracuse, New York, into an art space and peacemaking facility.

Civil rights litigator and legal scholar Michelle Alexander ignited national discourse in 2010 around the exploitation and over-representation of African Americans in the prison industrial complex when she published the New York Times best-seller The New Jim Crow: Mass Incarceration in the Age of Colorblindness. The premise of the book is that American prisons have replaced the institution of American slavery as a profit-driven system for creating and maintaining a permanent second-class population, reports Black Enterprise Editor-at-Large Alfred Edmond.

Benjamin Todd Jealous, former president and CEO of the NAACP, described the book as, “a timely and original framework for understanding mass incarceration, its roots to Jim Crow, our modern caste system, and what must be done to eliminate it.”

In 2017, Tiffany Mikell partnered with Kortney Ziegler to create a revolutionary app called Appolition that allows people to automatically donate their spare change to pay the bond of someone behind bars.

The functionality is quite simple. You connect your bank account and just as you would do with your extra cash, rounding it up and depositing it into your savings account, you would opt to add it to your Appolition.us account. That spare change would then be donated each time you reach at least 50 cents. The user is in complete control of the donation and can pause it or resume it whenever they see fit.

Appolition also partnered with National Bail Out to allow the money to be sent directly to the organization, which will be put directly toward the prisoner’s bail.

Legendary political activist, scholar, and author Dr. Angela Y. Davis has made an immense impact in the fight for prison reform throughout her life, work, and outspoken voice on social justice issues. An iconic figure in both the civil rights and women’s movements, Davis became known for her association with the Communist Party USA and the Black Panther Party in the late 1960s and ’70s. During this time, she became a symbol for strong and uncompromising black womanhood.

A large part of her activism centers on prisoner rights and reform. She is the founder of Critical Resistance, an organization working toward complete prison abolition.

As the founder and executive director of The Ladies of Hope Ministries (The LOHM), Topeka K. Sam helps disenfranchised and marginalized women and girls transition back into society from prison through spiritual empowerment, education, entrepreneurship, and advocacy. She is also the co-founder of HOPE HOUSE NYC, a transitional group home for women and girls located in the Bronx, New York.

Angela Rye has been using her law degree to fight for social change through legislative advocacy for over a decade. She handled legislative affairs for HBCU umbrella organization NAFEO and the Congressional Black Caucus. She’s also the principal and CEO of political advocacy firm IMPACT Strategies, though she’s probably best known for her frequent appearances on CNN, The Breakfast Club, and BET, where she shares her passion about social and political issues.