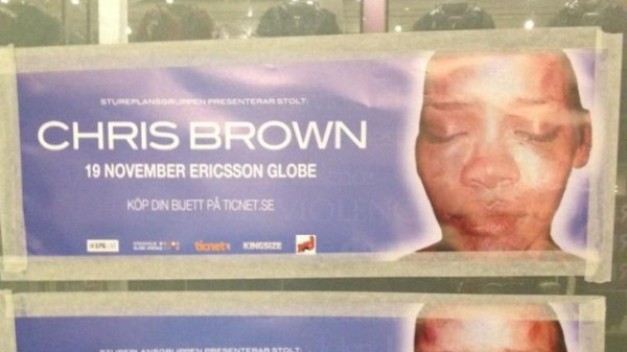 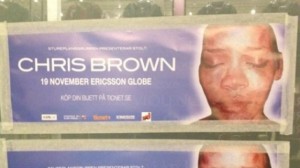 Activists in Sweden are protesting Chris Brown’s upcoming concerts in the country by pasting up posters displaying images of a battered Rihanna all over the nation’s capital. The posters are meant to look like ads for the show, according to the A.V. Club, but are really part of an effort to have concert organizers cancel the event.

The on-again, off-again relationship between the two pop stars is apparently back on. Â Brown remains on probation for his 2009 assault on Rihanna.