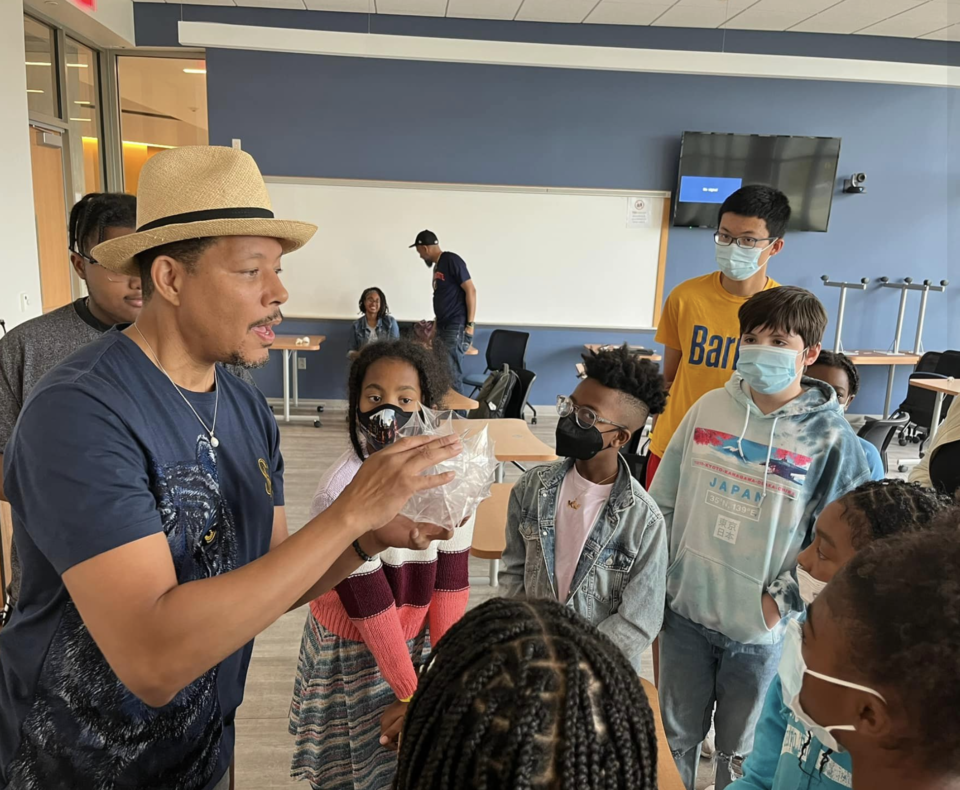 Terrence Howard has thrilled film and television audiences throughout his thirty-plus acclaimed career with roles on the hit Fox show Empire and giving riveting performances in Red Tails and the blockbuster Iron Man.

However, the thespian quietly developed another impressive skill as an inventor. He has applied for over 90 patents, including his design of a Lynchpin Drone, the Baltimore Times reports.

This is the proof to the World of Science and Mathematics that 1×1=2.#mathematics #worldofscience @rollingstone #proof pic.twitter.com/7uOMrNshia

Although Howard doesn’t have an engineering degree, his love for science and discovery led him to discuss various topics at the Morgan State University Institute of Urban Research event for the “Day of Conversation w/Terrence Dashon Howard” on Saturday.

In addition to having the award-winning actor as a guest speaker, the event offered Youth Steam Workshops where science-aligned students could converse with Howard about the geometry of subatomic particles while building replicated models.

Howard also partook in a panel that included a group of 10-20 scholars and professionals, where he discussed the process of how he developed and patented apparatuses.

For the day’s final session, Howard spoke to the attendees about his inventions, theories, and the importance of entering into the career field of STEAM (Science, Technology, Engineering, the Arts, and Mathematics).

Dr. Jeffrey Menzise is an Associate Professor at the Institute for Urban Research (IUR), School of Graduate Studies at Morgan State University.

“The overall purpose is to encourage our youth to seriously consider the STEAM fields for their professional and academic pursuits,” said Dr. Menzise, taking note that the inaugural event kicked off his proposal for a new center at the IUR called The Center for STEAM Growth, Opportunity, and Development. “The main objective of this new center will be to build a pipeline for increasing the numbers of minority students interested in pursuing STEAM professions by way of exposure to fun and exciting STEAM-related activities, professionals in the field, and to leverage the face and voice of celebrities like Terrence Howard.”