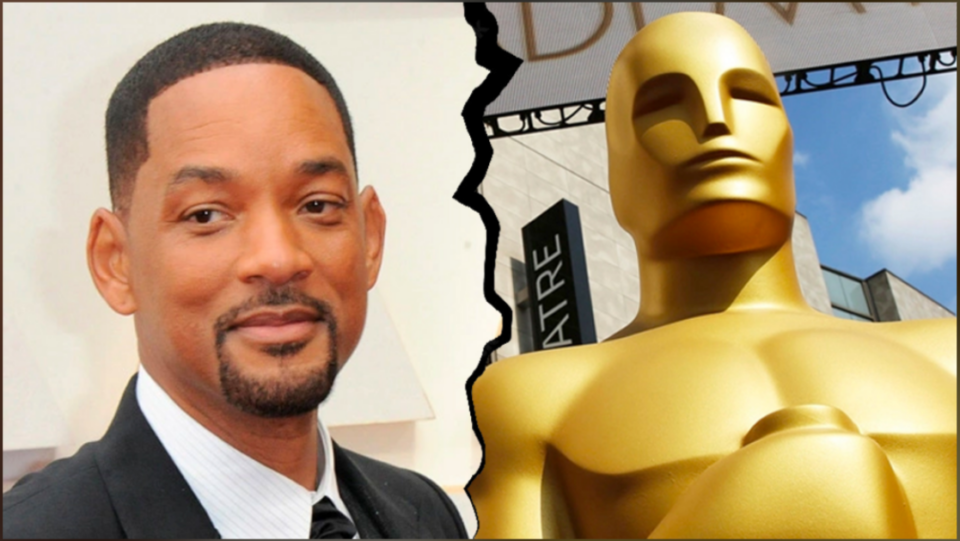 The Academy of Motion Pictures Arts & Sciences has banned Actor Will Smith from the Oscars award show for the next ten years for slapping Comedian Chris Rock.

In a statement obtained by CNN, Academy President David Rubin and CEO Dawn Hudson announced Smith will be banned from all Academy events.

“The Board has decided, for a period of 10 years from April 8, 2022, Mr. Smith shall not be permitted to attend any Academy events or programs, in person or virtually, including but not limited to the Academy Awards,” Rubin and Hudson said in a statement.

The decision was made during an Academy board of governors meeting that was originally scheduled for April 18, but was moved up to Friday.

“The 94th Oscars were meant to be a celebration of the many individuals in our community who did incredible work this past year; however, those moments were overshadowed by the unacceptable and harmful behavior we saw Mr. Smith exhibit on stage.

“During our telecast, we did not adequately address the situation in the room,” the letter went on to state. “For this, we are sorry. This was an opportunity for us to set an example for our guests, viewers and our Academy family around the world, and we fell short — unprepared for the unprecedented.”

During the Oscars on March 27, Rock, who was telling jokes before presenting an award made a joke referencing Jada Smith’s bald head. Jada suffers from alopecia.

Will Smith laughed at the comment but when he looked at the expression on his wife’s face immediately reversed course walking up to the stage and slapping Rock before screaming twice “keep my wife’s name out you f-ing mouth.”

Rock, surprised by what happened, continued with the presentation of the award.

The moment has been damaging for the entire Smith family, as they’ve drawn the ire and jokes of comedians across the country as well as millions of Rock supporters.

According to Yahoo News, a Smith insider  told US Weekly the backlash to the incident has “been a nightmare for everyone.”