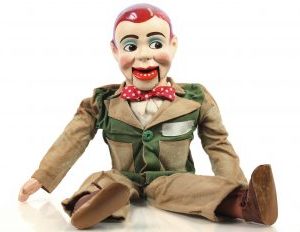 Perhaps nothing has contributed to the online world of memes more than Adobe’s Photoshop. It’s also a powerful imaging tool used by media outlets, artists, and creators worldwide. Adobe just announced a new product that lets users bring that level of creativity to human voices.

Adobe’s VoCo was announced at the Adobe MAX 2016 Sneak Peeks event. VoCo allows you to change words in a voiceover by typing new words. You can take an audio recording of your voice or someone else’s and alter it, so that it seems as if they are saying any words you want them to say, in that voice.

Adobe is promoting this as a creative tool. A statement from the company’s blogÂ poses the question, “When recording voiceovers, dialogue, and narration, wouldn’t you love the option to edit or insert a few words, without the hassle of recreating the recording environment, or bringing the voiceover artist in for another session?â€

However, many are expressing concerns about misuse.

According to an article from the BBC, “Dr. Eddy Borges Rey–a lecturer in media and technology at the University of Stirling–was horrified by the development.â€:

“It seems that Adobe’s programmers were swept along with the excitement of creating something as innovative as a voice manipulator, and ignored the ethical dilemmas brought up by its potential misuse,” he told the BBC.

“Inadvertently, in its quest to create software to manipulate digital media, Adobe has [already] drastically changed the way we engage with evidential material such as photographs.

“This makes it hard for lawyers, journalists, and other professionals who use digital media as evidence.

“In the same way that Adobe’s Photoshop has faced legal backlash after the continued misuse of the application by advertisers, Voco, if released commercially, will follow its predecessor with similar consequences.”

“An unfriendly user–for example–could take a politician’s speech, manipulate it into a rabble-rousing tirade…

Inverse notes that Adobe is taking measure to prevent this tool from being abused:

Adobe says it’s working on a preventative measure against such nefarious uses of its VoCo tech–a sort of audio watermark, like those you might see on stock photos.”

Check out the video of a demo of VoCo below: