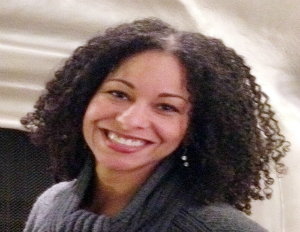 A female technology developer has been fired by tech company SendGrid after tweeting about a group of men she said were making sexual innuendos about “dongles” at the PyCon US 2013 Developer Conference in California, MSN reports.

Adria Richards wrote on her blog, that she was at the conference in Santa Clara last week when the men behind her started talking about “big dongles.” A dongle is a device that plugs into a computer, but Richards said the men made the comment in a sexual way.

She turned around, took a photo of the men and posted it on Twitter with their alleged comments.

“Not cool.Â Jokes about forking repo’s in a sexual way and “big” dongles.Â Right behind me #pycon,” Richards tweeted.

The men, who worked for a company called PlayHaven,Â were asked to leave the conference. And later, one of the jokesters was fired by PlayHaven for his “inappropriate comments.”

After his firing, hackers attacked Richards’ employer SendGrid’s servers in protest, and soon thereafter, SendGrid in turn fired Richards saying: “publicly shaming the men was inappropriate and she had to be terminated for alienating the developer community.”

Twitter has responded under the hashtag #Donglegate. Some feel Richards is being unfairly punished for daring to stand up to the white boys club in Silicon Valley, while others feel it’s she who acted inappropriately by “shaming” the perpetrators in a public forum, and she should have just ignored the whole thing.