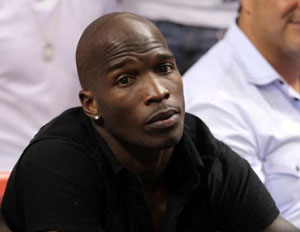 Chad “OchoCinco” Johnson seems to be rebounding from his divorce nicely.

Close to two months after his incident with Basketball Wife Evelyn Lozada ended his sports career, Johnson was spotted in Hollywood on a date with an older, well known actress.

Johnson was seen dining with actress, Adrienne-Joi, who has appeared in movies such as School Daze and Baby Boy. According to reports, it is not apparent if this was a lunch date, but maybe things are looking up for a troubled Johnson.