Houston Advocates Are Pushing For The Clemency Of 110 Black Soliders 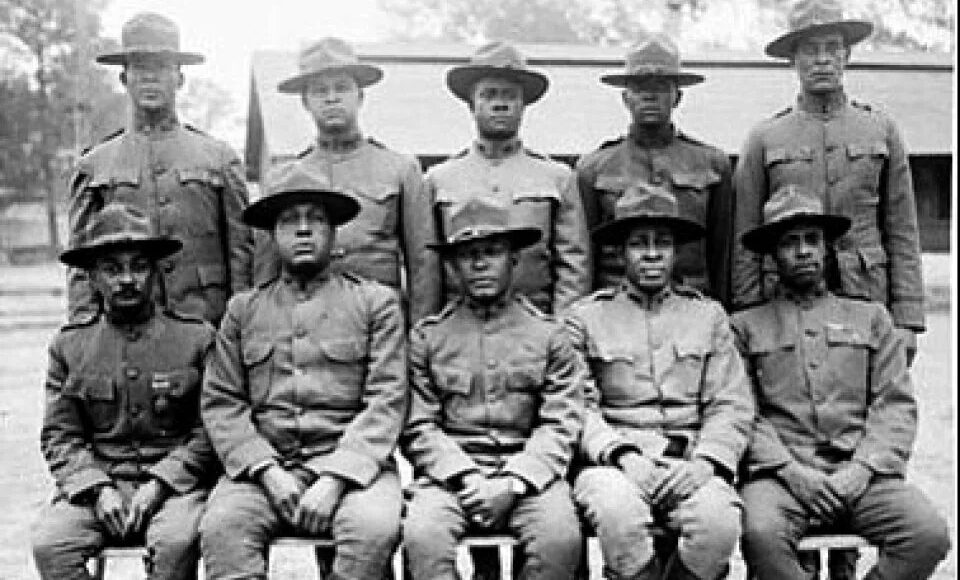 African American soldiers were hanged at Fort Sam Houston for their alleged participation in the Houston Riot/Mutiny. Advbocates are now seeking clemency for the soldiers (Image: Twitter/@onemichistory)

Attorneys and advocates seek clemency for 110 Black soldiers convicted in a mutiny and riots at a Houston military camp in 1917.

The South Texas College of Law Houston and the Houston NAACP have signed an agreement to continue pushing for the clemency for the all-Black Third Battalion of the U.S. Army’s 24th Infantry Regiment.

According to The Herald, the groups plan to ask the Secretary of the Army to grant honorable discharges posthumously. Additionally, they will ask the Army Board for Correction of Military Records to recommend pardons for President Joe Biden to grant.

“We are on a quest to obtain justice for the 24th Infantry Regiment … that organized group of men who died with shameful reputations at the hands of those who had the power of the government, the courts and the power of the media,” Bishop James Dixon, board president of the NAACP Houston Branch told The Herald.

Many of the soldiers involved in the riot were executed or served long prison sentences.

Four months into World War 1, the 110 soldier regiment was dispatched to guard Camp Logan, which was under construction to train white soldiers who would be sent to France.

However, Houston was governed by Jim Crow laws at the time.

The riot itself was fueled by an incident between white police officers in Houston and a Black woman they accused of hiding a wanted man. One of the soldiers came to the woman’s defense but was attacked by the officers. The soldier was eventually released from custody, but rumors ran around the regiment that he had been killed, leading some to consider marching to the station. Meanwhile, others heard that an angry white mob was heading to the camp.

According to Prairie View A&M University, a riot eventually ensued in which 19 people were killed, including 15 white civilians and four Black soldiers.

Some 13 Black soldiers were summarily hung and unceremoniously buried nearby in graves whose only identification was a number, 1 through 13. Sixty-three other soldiers were given life sentences, and in September 1918, six more soldiers were hanged.