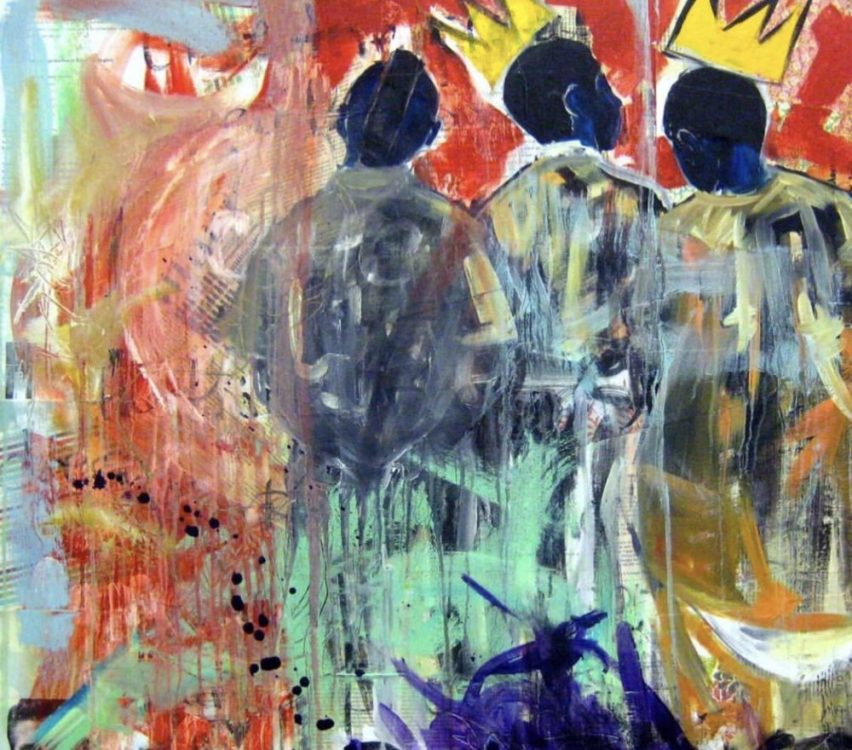 As the anticipated International African American Museum gears up for a grand opening in 2020, we couldn’t help but find out what other black-centric museums and exhibits around the country are worth checking out right now.

We’ve compiled a list of some of the most intriguing and thought-provoking exhibits, some by African American artists, but all of them about African American life for African American viewers, whether they’re art enthusiasts, art geeks, or just simply looking to learn something new.

Soul of A Nation: Art in the Age of Black Power, Brooklyn Museum

This exhibit takes viewers through the most political and revolutionary period of American history. The more than 150 artworks displayed throughout the exhibition aim to address the unjust conditions that African American artists faced from 1963 to 1983, a time of political and social revolution.

Black Citizenship in the Age of Jim Crow explores the struggles African Americans faced for full citizenship and racial equality. It is organized chronologically from the end of the Civil War to the end of World War I and highlights how African Americans advocated for their rights during that time. The exhibit opened in conjunction with the 150th anniversary of the ratification of the Fourteenth Amendment.

Cotton: The Soft, Dangerous Beauty of the Past, African American Museum in Philadelphia

The exhibition features 35 large-scale photographs, as well as an installation and altarpiece by artist John E. Dowell, all aiming to “explore the dichotomy between the beauty of the plant and its inexorable link to the horrors of chattel slavery in the U.S.”

It also looks at the often overlooked history of slavery in the north.

This special exhibition features the life of the media mogul, philanthropist, and actress and will also showcase her roles as a film producer; TV host, with her successful daytime talk show; and educator. Visitors will be able to explore Winfrey’s influence and the impact that she has on the world. The museum will feature artifacts from the very first Harpo Studios in Chicago and much more.

The exhibit features a group of African American artists who express their artwork through the gritty, colorful, and dynamic trends of the street art movements. In a press release on the exhibit, their collective artwork is described as, “a rebellious response” and a “departure from current trends,” speaking to the African American narrative and experience.

Think: A Tribute to the Queen of Soul, The Charles H. Wright Museum of African American History

With this exhibit, the Detroit museum plans to honor Aretha Franklin’s life and legacy. The exhibit will feature photographs— loaned by photographers to help honor the late Queen of Soul—showcasing her work and life.

The two exhibitions, “Facing the Rising Sun Freedman’s Cemetery” and “The Souls of Black Folk,” present two views of African American art in life and art in Dallas, Texas.

Visitors will get the chance to see and hear from people who knew about Freedman’s town, later known as North Dallas, through interactive video, historical documents, objects, and photographs.

Over 500 objects are on display in “The Souls of Black Folk” courtesy of the Billy R. Allen Folk Art Collection.

Visitors can also check out a few other exhibits housed in the museum, including, “Genesis: African American Artists,” which shows the work of 36 local Dallas artists.

The highly anticipated museum is set to open in 2020. The IAAM will explore the deep-rooted history of African Americans, presenting untold and under-told experiences and contributions of African Americans. The museum has so far received a variety of donations from companies such as BMW, Viacom, and BB&T and a $10 million donation from the Lilly Endowment. This museum is definitely one to keep on your radar.

The exhibition will showcase many original paintings and artifacts of artist and Durham native, Ernie Barnes. Barnes was known for his exquisite and unique style. His iconic “Sugar Shack” painting was featured on the hit show, Good Times. The painting also appeared on the Marvin Gaye I Want You album cover. According to the museum, he is the first professional American athlete to become a noted painter.

Tiamari Whitted is a multi-media specialist with an MBA in media management. She currently works at Black Enterprise Magazine as a freelance researcher. Throughout her career, she has helped several up-and-coming artists and social influencers cultivate and promote their brands and elevate their careers to the next level. Tiamari also enjoys helping and connecting people to their true passion in the entertainment industry