How the African American Community Continues to Transforms With Tech 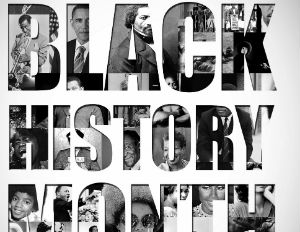 Over time, the perseverance of African Americans in the face of insurmountable challenges has been extraordinary. Triumph over these challenges has created a powerful, close-knit community that is dedicated to positive change and development. Now, in Black History Month, let’s celebrate technology as the catalyst for further development, paving the way for new opportunities in the African American community.

Going digital has meant a significant increase in communication. This has opened doors for people to engage with one another, to relay concerns, desires and–most importantly–goals.

Interestingly, 91%Â of African Americans own smartphones, deeming them the second-largest multicultural group of ownership. Additionally, in 2016, 91% of African Americans had internet access via smartphones or broadband–an increase from 86% in 2015– surpassing all other ethnic groups. This significant rate of change shows that opportunities for community development through communication is readily available to most, with technology right at one’s fingertips.

In addition to the general influx of smartphone and broadband utilization, African American millennials are leading the charge in communications through their significant presence on social media. According to the U.S. Census Bureau, there are more than 83 million millennials in the U.S., 14% of which are African American. This group isn’t just utilizing social media for overall engagement or for consumer purposes, but also as a powerful platform to make their voices heard on issues affecting the African American community, which is a significant step toward garnering solutions and ultimately bringing about positive change.

Careers Are on the Rise

The spotlight on leaders within various ethnicities has seemed to widen, and the African American community will flourish as the spotlight continues to expand. Kimberly Bryant, founder of Black Girls Code; Laura Weidman Powers, co-founder and chief executive officer of CODE2040; and Brandon Nicholson, founding executive director of The Hidden Genius ProjectÂ are just three of the many examples of contemporary inspiring African American leaders, who are propelling the technology industry forward. The African American community can look to these examples as a guiding map on how to achieve personal success.

This article was written byÂ Eric Wilkens, an external communications and storytelling consultant at Verizon.