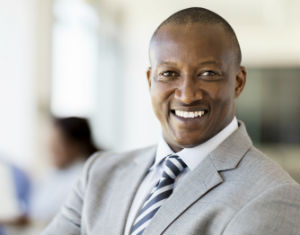 The first timeÂ Black Enterprise compiled its annual report of the nation’s largest black-owned business in 1973, the “BE Top 100â€ list, the combined sales for the 100 companies totaled $473 million. According to BE Research of the 2016 annual rankings—representing seven different lists—industrial/services companies grossed $24 billion in combined revenues in 2015, employed 65,443 workers, and are located in 29 states and the District of Columbia.

The first black-owned company to achieve the distinction of generating more than $1 billion in annual sales was TLC Beatrice International Holdings Inc., a food manufacturer and distributor of leading brands including Butterball turkeys and Good Humor ice cream. It also was the first in the history of the BE 100s to crack the $2 billion glass ceiling.

In June 2001, St Louis, Missouri, IT firm World Wide Technology was named BE Company of the Year. Within three years, CEO David L. Steward would grab the No. 1 spot on the 2004 BE INDUSTRIAL/SERVICE 100 at $1.2 billion. WWT’s revenues grew 533%, from 1993 to 2013, to $6.4 billion, reports BE Research. The company expanded through partnerships developed with tech giants such as Cisco Systems, HP and EMC, and meeting the infrastructure needs of companies like Boeing and Dell. On the 2016 BE 100s list, WWT still holds the No. 1 position at $7.5 billion in revenues (up from $6.8 billion) and a staff of 4,000.

BET founder and billionaire Robert L. Â Johnson is a groundbreaking entrepreneur who over the decades has owned companies in every BE 100s category except for advertising. He currently has three on the 2016 rankings — private equity firms, RLJ Equity Partners L.L.C. and RLJ Credit Management L.L.C., and the Louisville, Texas-based mega dealership RML Automotive (No. 1 on the BE AUTO DEALERS list with $1.4 billion in gross revenue). Johnson first appeared on BE’s auto dealers’ roster in 2009 and surpassed the billion-dollar revenue threshold on the 2012 list.

Janice Bryant Howroyd is the first to woman to operate a company that generates more than $1 billion dollars in revenues. The Act-1 Group, the Torrance, California-based global staffing firm, was named the BE INDUSTRIAL/SERVICE 100 Company of the Year in 2012, meeting the demands of corporate giants like Merck and AT&T and increasing its international presence to grow to $2 billion, according to BE Research. Today, ACT 1 holds at No. 2 on the 2016 ranking at $2.4 billion in revenues, servicing 17,000 clients and employs 2,600 people in 240 satellite offices in the U.S. and in eight countries. Bryant Howroyd received this year’s A.G. Gaston Lifetime Achievement Award, Black Enterprise’s highest entrepreneurial recognition. With the success of Act-1, 63-year-old Bryant Howroyd has been deemed one the country’s wealthiest self-made women.

Developed in 1998 through a joint venture with mammoth car components manufacturer Johnson Controls Inc., Detroit-based Bridgewater Interiors grew to a $1 billion-plus auto supplier by assembling thousands of seats for models such as the Cadillac DTS, Buick Lucerne, and Ford Focus. Bridgewater Interiors holds the No. 3 spot among the 2016 BE INDUSTRIAL/SERVICE 100 companies, grossing $2.1 billion in 2015. It was founded by the late entrepreneur and business leader Ronald Hall, Sr., who built his business to become one of the BE 100s top revenue leaders and employers in black business, with 2,000 workers as of 2015.