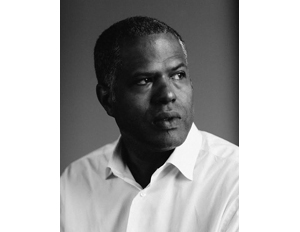 Guy Primus is one of the few African Americans (perhaps the only) heading up a Virtual Reality content studio. He is the co-founder of The Virtual Reality Studio, in Los Angeles. Today, his company announced that it raised $23 million in funding. The funds will go to producing original virtual reality content and positioning VRC as the premier VR storyteller and industry leader.

Also co-founded and managed by two-time Academy Award-winning director Robert Stromberg, VRC is a producer of VR content, including the critically-acclaimed VR experienceÂ The Martian VR, a 20-minute interactive and immersive journey created for the 20th Century Fox Innovation Lab.

The equity investment was made by Hengxin Mobile Business Co., Ltd., a Beijing-based mobile services and technology provider.

“We were approached by dozens of investors, but ultimately chose to accept investment from Hengxin because of the complementary nature of its operations,â€ stated VRC CEO and co-founder, Guy Primus. “Hengxin opens up the world’s most populous country to us in ways that few western companies will be able to match.”

Virtual Reality is a booming technology poised to transform the entertainment industry, including gaming and video.

In an interview with Black Enterprise magazine, Primus said that VR will also be used in other applications besides entertainment.

He said VR is especially beneficial in educating and creating empathy. “Instead of rote memorization of formulas and equations, kids can visit the Maker Space at Georgia Tech to relate to STEM in a much different way,” said Primus.

“Imagine how the conversation would improve if police officers actually had the ability to feel what it’s like to be a black man in a socioeconomically deprived neighborhood.”