Keeping The Doors of Opportunity Open for Black Businesses in Houston 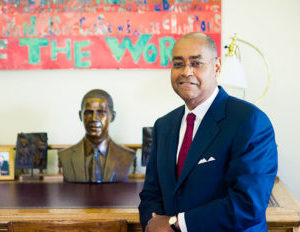 One of the elements that has helped make Houston a center of opportunity for people of color is the African American politicians representing the area on local, state, and national levels.

In fact, before Sylvester Turner won the mayoral election in 2015–after two attempts–he served in the Texas House of representatives for 27 years.

As Turner moves forward with his agenda in City Hall, four African Americans politicians can be found on the City Council — Jerry Davis, Dwight Boykins, Amanda Edwards, and Larry Green, who was honored last year for his advocacy of advancing minority business.

One of the African American politicians who has seen the dramatic political shifts on the local, state, and county levels has been Rodney Ellis, the former state senator who is now Harris County Commissioner representing Precinct 1, which is primarily the city of Houston.

Ellis says that African American politicians must use their muscle to ensure that doors of opportunity remain open in a conservative state.

A former head of BE 100s financial services firm Apex Securities roughly 17 years ago, Ellis says that underwriting opportunities are opening up for black investment banks. For example, BE 100s firm Siebert Cisneros Shank led the financing of Harris County Toll Road Authority in 2015 through a $161.6 million bond sale, one of the largest such transactions.