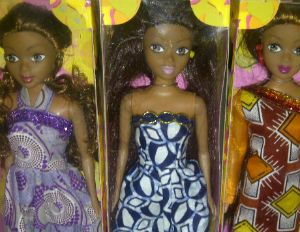 After growing frustrated with not finding dolls that look like their young daughters, Chris and Ada Ngoforo decided to take matters into their own hands.

In an effort to sustain their daughter’s Nigerian heritage the London couple designed their own African-themed doll line.

Originally, the couple says they intended on making the dolls only for their daughters, but decided to go forward with an entire line of dolls after seeing the viable business opportunity in it. The dolls represent 12 African nations and are programmed to speak several African languages.