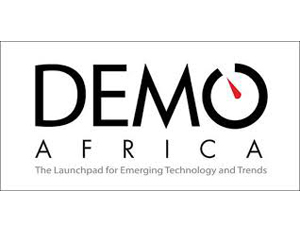 The tech startup scene has exploded on the African continent as recently evidenced at DEMO Africa, an annual conference focusing on startups. This year’s event, held in Lagos, Nigeria, just wrapped. More than 30 startups pitched their products and services to investors and marketers.

Nigeria was most represented at the event with eight of the startups hailing from the West African nation. South Africa, with three startups, was next followed by tech companies from Ghana, Egypt, Cameroon, Zimbabwe, Uganda, Tanzania, and the Ivory Coast.

The majority of startups at the DEMO Africa event offer services for the finance and banking industry. However, others focus on different verticals including education, transport, retail, media, and entertainment.

Five of the 30 startups were selected to move on to pitch in Silicon Valley later this year. The five are SimbaPay, aÂ money transfer service; Zuvaa, an online fashion marketplace; InsureAfrika, which offers online insurance; CarPartsNigeria, an online automotive supplier, and BambaPOS,Â a cloud-based point-of-sale systems to merchants.

Africa Attracting Serious Tech Investment
The African tech startup scene is making Africa not just an emerging market but one that’s exploding. VC4Africa, a startup funding platform, reportedÂ that invested capital for African startups doubled since last year to $26.9 million. The average amount of investment also increased, from $130,000 to more than $200,000 in the last year.

The organization cites three key factors for the growing interest in African tech investment: an increased interest from members of the African diaspora to invest in startups in countries of their origin; the increase in angel investors; and a wide-spread appetite for cross-border investing in Africa. The continent also holds 15% of the world’s population–a sizable consumer base that any business (and its investors) would covet.

Interest in African tech investment is not limited to the African diaspora. DEMO Africa has heavyweight sponsors, including ExxonMobil, Microsoft, and the World Bank Group.

Challenges Remain
While Africa continues to attract investors, there are challenges that remain. Kenya, which is Africa’s fifth largest economy, has been nicknamed “Silicon Savannahâ€ due to its level of tech startups and entrepreneurship. However, much of the new technology is not disruptive enough to be deemed “the next biggest thing in tech.” A lot of the startup tech developed in Kenya and other African countries focuses on improving conditions that still plague developing nations, according to Elmira Bayrasli, writing for TechCrunch. Many of the startups are offering tech solutions to combat issues such as poor road infrastructure, unsafe water, and lack of quality healthcare.

The rise of Uber-like apps and services from startupsÂ are being explored in cities such as Cape Town, where commuting is often deadly, expensive, and extremely time-consuming for many black residents who typically live in the outskirts of workplace hubs.

Yet, addressing such issues via tech startup solutions can only create opportunities for further investment and startup innovation. As South African angel investor Daniel Guasco said in anÂ interview with Quartz Africa, “Success breeds success.â€ Despite its challenges, Africa’s growing middle class, increasing economies, as well as the rise in mobile and Internet connectivity means that the tech startup scene will only get hotter.