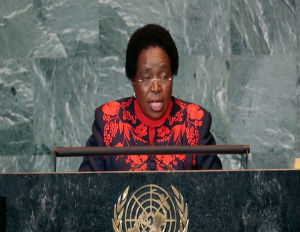 Nkosazana Dlamini-Zuma of South Africa now wields the gavel over at the African Union.

The African Union is a confederation of 54 African states, and its commission is based in Addis Ababa, Ethiopia where Diamini-Zuma will run the organization, attending to security, political and economic affairs of the entire African continent.

Dlamini-Zuma was most recently South Africa’s minister of home affairs and also served as the country’s minister of foreign affairs.