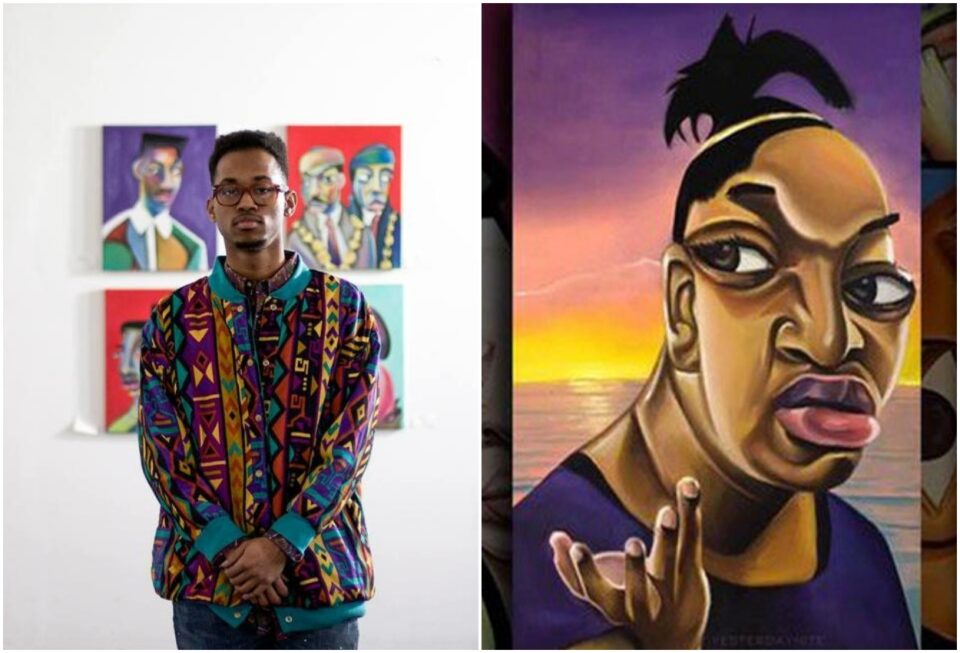 Delaware-born artist and Afro-surrealist Alim Smith will debut a collection of meme portraits at an Instagram pop-up exhibit titled Family Reunion on Feb. 23 in Los Angeles.

It’s no secret that the evolution of Black memes, a culmination of reactions of Black people, has played a significant role in pop culture and on social media. Smith, an interdisciplinary painter, has achieved recent notoriety for his portrait paintings of Black subjects in popular internet memes. In his artistic element, Smith uses a surreal style of portraiture to explore Black identity, past, present, and future.

This Black History Month will see a new exhibit and gallery that pays tribute to Black meme culture. Visitors can learn and take note of some of the best featured Black meme icons, including Kayla Nicole Jones, Kalin Elisa, Sweet Brown, Soulja Boy, and Viola Davis, The Source reports.

“I feel like the emotions that I chose really capture pandemic energy. They capture how the world feels right now to me, at least, or what the world looks like to me right now,” Smith shared, according to the news outlet.

Smith’s artistic adaptions of Black internet memes are notable for utilizing a more striking technique of skewing the subject’s facial features, which allows for a unique interpretation of the subjects. This style remains realistic in recognizable aspects.

Check out some of the artwork featured in the Black History of Memes exhibit below:

With each piece, Smith strives to create reflective art.

“Art is a tool to communicate and express ideas and my only goal currently with art is to connect to the viewer and relate so that they can see themselves in the work. I do it through oil paintings now, but one day I’ll just be the guy standing on the corner with a mirror. I just want the world to see itself,” Smith told Kulture Hub.

Two weeks ago, Smith announced his creation of the season 3 poster of FX comedy-drama Atlanta on Instagram. Featuring the show’s main characters, the artwork captures them in colliding colors, lively pastels, and leaning lines.

“And finally seeing these paintings outside of my art studio, is insanely surreal (every part of this is an oil painting (many oil paintings ) for one of my absolutely favorite shows!! From one of my favorite artist, I’ve been watching Donald glover on YouTube since high school before he was a rapper when he was just making comedy sketches!” he captioned the photo of the poster.