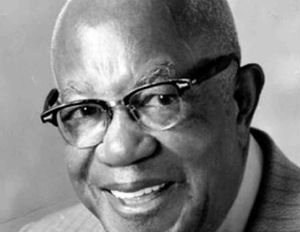 *View video of the AG Gaston story below*

When more than 1,000 entrepreneurs convene at the Black Enterprise Entrepreneurs Conference + Expo in Columbus, Ohio May 14-17, they will gain the rare opportunity to witness the celebrationÂ of the best of black business. Each year, a major event highlightÂ – one of great inspiration to both established and newly-minted business owners – has beenÂ the presentation ofÂ the A. G. Gaston Lifetime Achievement Award which “recognizes the entrepreneurial spirit andÂ the guiding light of an individual who has established an extended and consistently distinguished record of success.”

OverÂ some 19 years, our editors have bestowed this honor toÂ 22 top guns of business – a list of titans who have soared to jaw-dropping heights. The recipients have includedÂ  Motown’s Berry Gordy, Ebony/Jet Founder and Publisher John H. Johnson, hair care powerhouses George and Joan Johnson and BET founder and billionaire dealmaker Bob Johnson, to name a few. If youÂ attend this year’s BE 100s Awards Gala on Friday, May 16, you’ll find that these statements are not hyperbolic. They’re fact, pure and simple.

So youÂ can gain a full appreciationÂ of this momentous award as well asÂ some valuable business lessons, we are going to shareÂ the achievementsÂ of all of our A.G. Gaston Award recipients over the next few weeks leading up to the conference.

*Sign up and Join us at the Black Enterprise Entrepreneurs Conference*

It is only appropriate that we begin our series of profiles with the entrepreneurial legend of the award that bears his name: The late Arthur George Gaston, Sr.

Named BLACK ENTERPRISE‘s Entrepreneur of the Century in 1992,Â GastonÂ built a conglomerate in segregated Birmingham, becoming one of the nation’s first black multimillionaires and a financial supporter of the civil rights movement. In fact, when BE bestowed that honor upon him 22 years ago, the then-100 year-old entrepreneur – someÂ maintained that he was older – was still sharp enough to manage Birmingham, Alabama-based, Booker T. Washington Insurance Co.

Although Gaston was criticized for not marching onÂ the front lines of theÂ Civil Rights Movement,Â he used his fortune to fight discrimination and the motel he owned to house activists who couldn’t gain shelter anywhere else in the city Martin Luther King, Jr. characterized as the worst in America for racism.

Gaston says he launched his ventures, in part,Â to createÂ vehicles to teachÂ African Americans about business and finance since for years such training was not available to them. His presence was even felt as the nation movedÂ into the new millennium when Atlanta-based Citizens Trust Bank merged withÂ Citizens Federal Savings Bank in 2003 to produce a more expansiveÂ institution as well as maintain its black business ownership status under the holdingÂ  company, CitizensÂ Bancshares Corp., which is currently No. 5 on the BE Banks list with $395 million in assets.

Beyond his wealth – estimated at $130 million when he died at age 103 — and the creation of generations of black entrepreneurs and professionals, Gaston’s other legacy was practicalÂ business lesson. Here’s one of his pricelessÂ gems: “Money has no color. If you can build a better mousetrap, it won’t matter if you’re black or white. People will buy it.”