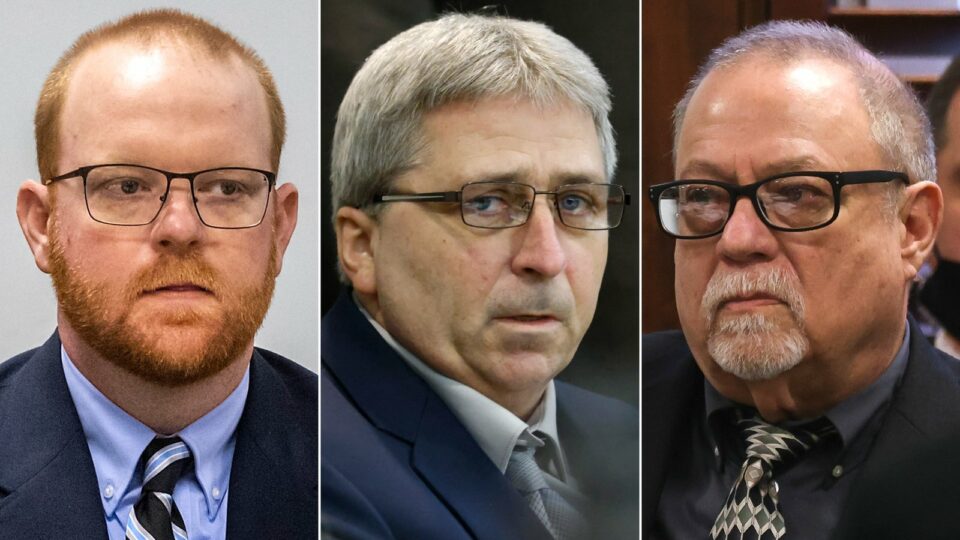 One of the murderers sentenced to life for the killing of Ahmaud Arbery is claiming he fears he will be killed if transferred to a Georgia state prison, and would like to stay under federal custody, according to a filing in federal court by his attorney on Thursday.

CNN reports that Travis McMichael requests to remain to be held by the U.S. government instead of a state facility, due to the upwards of 800 death threats he’s received, having “quit counting in January 2022,” read the court documents filed on his behalf by attorney Amy Lee Copeland.

Like how Ahmaud Arbery feared for his life when he and his father cornered and murdered him? Karma's a bitch ain't it. pic.twitter.com/7i3qxDtqMy

“His concern is that he will promptly be killed upon delivery to the state prison system for service of that sentence: He has received numerous threats of death that are credible in light of all circumstances, and the government has a pending investigation into the Georgia DOC’s ability to keep inmates safe in a system where murder rates have tripled,” the filing said.

According to the memo, McMichael says people “are ‘waiting for him,’ that he should not go into the yard, and that correctional officers have promised a willingness (whether for pay or for free) to keep certain doors unlocked and backs turned to allow inmates to harm him.”

The 36-year-old convict has been incarcerated at the Glynn County Detention Center since his May 2020 arrest. The petition also calls for “the government’s investigation into the violence in Georgia state prisons.”

His father Gregory McMichael additionally seeks leniency in the same conviction. The family of Arbery has been vocal in their protest of the murders staying in federal prison. A federal judge denied a plea deal for Travis on the hate crime charges in January.

Gregory McMichael, already serving state life w/o parole for murder of Ahmaud Arbery, has filed a memo asking not to receive life in the federal case.

He argues that it would be a “disparity” if he were sentenced to any greater than Derek Chauvin for the murder of George Floyd. https://t.co/pA8nrPQoRm pic.twitter.com/DwP6EF0aXM

Arbery’s mother, Wanda Cooper-Jones, pleaded for the judge not to agree to the request.

“Granting these men their preferred conditions of confinement would defeat me. It gives them one last chance to spit in my face after murdering my son,” Cooper-Jones commented to the judge.

The three killers are set to be sentenced in U.S. District Court on Monday, Aug. 8.