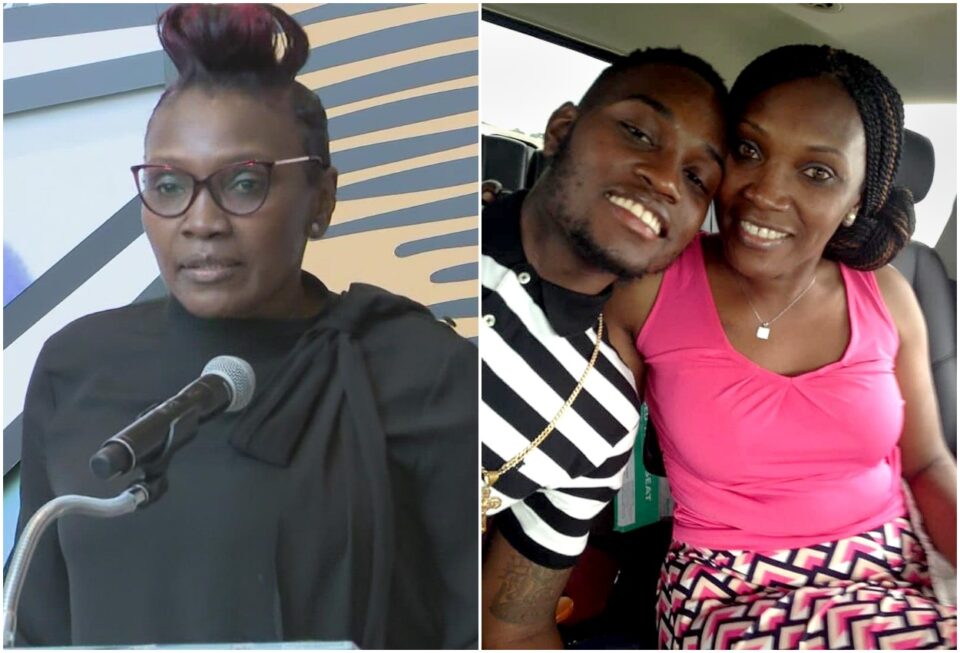 The family of Ahmaud Arbery is speaking out against the “White Lives Matter” T-shirt Kanye West sported alongside political pundit Candace Owens at his YZY SZN 9 presentation.

West has been at the center of backlash for wearing the shirt with the Republican rabble-rouser while displaying designs for his latest Yeezy collection on Tuesday. The rap/fashion mogul faced criticism from attendees who left the show after seeing the shirts, like Jaden Smith, and outcry from the fashion world after Kanye mocked the Black Vogue fashion editor who blasted his antics.

In response to the backlash, Kanye took to his Instagram Story to double down on the shirt and call the Black Lives Matter movement a “scam.”

Among those the rapper has upset is Wanda Cooper-Jones,  the mother of Ahmaud Arbery, whom the rapper privately supported after her son was murdered in a racially-motivated attack in 2020.

Speaking with Rolling Stone, Cooper-Jones expressed her “extreme disappointment” in Kanye and explained how his “White Lives Matter” t-shirt “flies directly in the face” of what he privately expressed to her family after her son was killed after three white neighbors chased him down and shot him in February 2020.

“As a result of his display ‘White Lives Matter’ started trending in the U.S., which would direct support and legitimize extremist behavior, [much] like the behavior that took the life of her son,” Cooper-Jones said through her attorney Lee Merritt. “That is the thing that Wanda and families like hers continue to fight against.”

“This mockery of the Black Lives Matter movement and his now denunciation of the movement as some sort of hoax flies directly in the face [of what he’s said,]” the statement added.