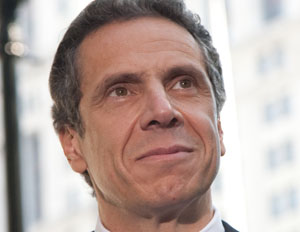 Airbnb is fighting back against a bill signed by New York Gov. Andrew Cuomo, prohibiting the advertising of illegal rentals on space-sharing sites such as Airbnb.

The bill is designed “to prevent the wholesale and rampant conversion of SROs (single room occupancy) and other residential buildings into commercial hotels,â€ according to a letter sent to the governor, signed by over 50 politicians that support the legislation.

“Not only do we believe that this law is bad policy, but we believe that it is unlawful in the way the city intends to enforce it. That’s why we immediately filed a lawsuit challenging the act on state and federal grounds,â€ said representatives of the space-sharing site in an email sent to New York hosts.

Lawmakers are concerned that unscrupulous Airbnb hosts will attempt to post living spaces that have been set aside as affordable housing into Airbnb spaces for quick cash.

Multi-dwelling housing is at the center of this legal battle. The law imposes fines of up to $7,500 per violation under a 2010 law making home sharing in multifamily units for less than 30 days in New York City illegal.

The law would not prohibit New Yorkers with permanent homes to rent a room or their home on Airbnb.

Airbnb claims the legislation is the result of pressure from the hotel industry.

“In typical fashion, Albany back-room dealing rewarded a special interest–the price-gouging hotel industry–and ignored the voices of tens of thousands of New Yorkers. A majority of New Yorkers have embraced home sharing, and we will continue to fight for a smart policy solution that works for the the [sic] people, not the powerful,â€ it said in a statement.

Airbnb sent a proposal of new policies for New York hosts to appease lawmakers. It’s also holding a “Rally for Fair Home Sharing Regulationâ€ on Wednesday at 11am in NYC.