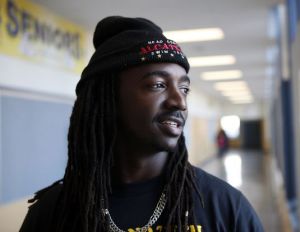 An African American Oakland student is our good news story of the week.

Akintunde Ahmad, who calls himself a regular street dude from Oakland’s public schools, has been accepted to several Ivy League Schools thanks to his 5.0 GPA and 2100 SAT Score, according to The Fiix

Ahmad says he is deciding between Brown or Yale University.

Ahmad has seen the same troubles as other teens his age, yet, his focus is to be commended.

“People looking at me funny is so common that it doesn’t stick out for me anymore,” says Akintunde. “It’s something that I’ve gotten usedÂ to.”