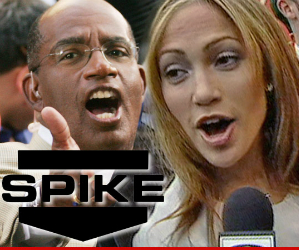 A lawsuit has been filed against Al Roker and Jennifer Lopez, who have a reality show called “Big Easy Justice.”

19-year-old Everette Draughn filed the lawsuit in Louisiana saying Roker and Lopez’ show, falsely labeled him as a grand theft auto suspect … and then targeted him in a nationally-televised manhunt last year.

Everette, who is suing for unspecified damages, insists he hadn’t committed grand theft auto at the time of the episode’s broadcast, nor was he a fugitive. He also states he was battered into signing a release agreement.

The show is about a New Orleans bounty hunter named Tat-2, which is on Spike TV and it’s produced by Lopez and Roker. The episode Everette appears in aired in April.