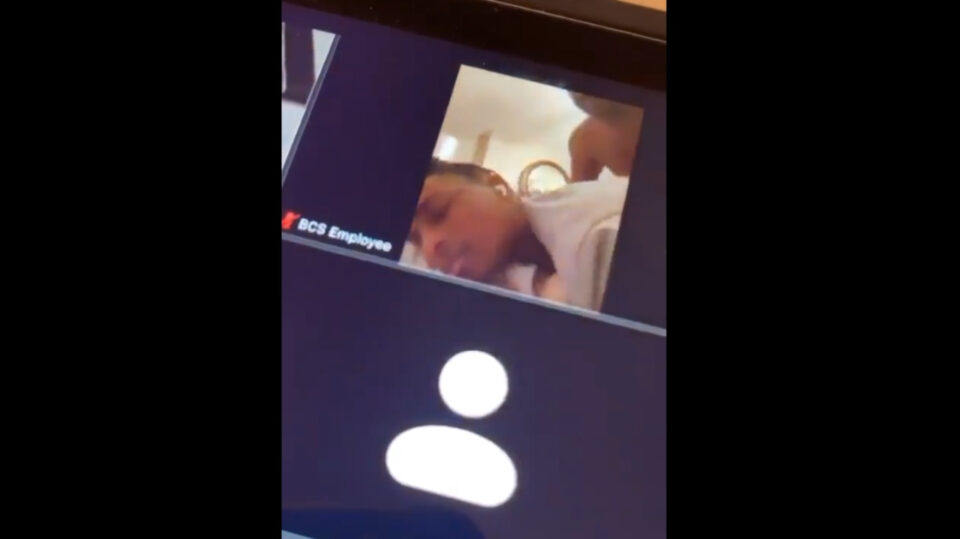 An Alabama high school teacher is under fire after a report that she was having sex during a Zoom meeting.

According to BlackSportsOnline, the unnamed teacher appears on camera in a horizontal position with her eyes locked on her screen. However, it seems that a shirtless man pops on camera behind her and is doing something to the effect of either having sex or giving her a massage at a very inappropriate time.

Most viewers sided with the theory that the woman was having relations on camera.

The video has gone viral, and you can hear in the video the shock when the shirtless man appears when someone yells out, “Oh my God!”

As the video advances, a woman yells out, “God! He is beating her guts out!” A colloquial term for having sex.

This is why Birmingham City Schools kids out and virtual! Teachers ain’t teaching. These BMT teachers are not like they use to be. They getting their bykes TAPPED out while kids on zoom. No morals. Just throw the whole school system away. pic.twitter.com/fp6R8bPygg

The description in the Twitter post alleges this took place while children were watching, but others came to her defense and stated that it wasn’t during class but a council meeting. Some users defended her and didn’t believe she was having sex.

This incident may have taken place during one of two “COVID Conversations” last week, according to WVTM. It reportedly happened via Zoom because Birmingham City Schools Superintendent Mark Sullivan said the district is going back to in-person learning despite fears over rising COVID-19 cases.

Sullivan said that virtual learning isn’t panning out for the students. According to the district, nearly 40% have scored the lowest level in reading, and because of this, they need to get back in the schools.

The details available to the public were posted in the media for all interested parties to attend and participate. Family members were asked to submit questions in advance as the Zoom call information was listed.

CBS42 reported that hundreds of teachers within the Birmingham City Schools called in sick Wednesday as discussions regarding COVID-19 in the schools have heated up. The school system held two Zoom calls to give the teachers, staff members, and parents the chance to talk about some of the concerns that they collectively have. School officials stated that approximately 1,200 people joined the call online.