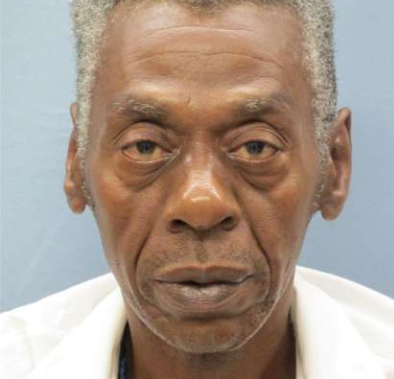 Beth Shelburne, a reporter and producer for WBRC-TV News in Birmingham, Alabama, has recently shed light on the story of a man who has spent the last 38 years of his life in prison for stealing $9.

Willie Simmons was convicted of first-degree robbery and sentenced to life without parole in 1982. Simmons, an Army veteran, became addicted to drugs while stationed outside of the United States. He was prosecuted under Alabama’s habitual offender law, which is similar to other three-strikes laws. Simmons had three prior convictions.

THREAD: Today I talked to Willie Simmons, who has spent the last 38 years in prison for stealing $9. He was convicted of 1st degree robbery & sentenced to life without parole in 1982, prosecuted under Alabama’s habitual offender law because he had 3 prior convictions. 1/12 pic.twitter.com/s5BNK2Ejyd

Simmons admitted to using drugs prior to committing the crime that got him sentenced to life. “I was just trying to get me a quick fix,” he said. He wrestled a man to the ground and stole his wallet that contained a total of $9. The police ended up arresting him a few blocks away.

Simmons recalled that his trial lasted 25 minutes and his court-appointed attorney called no witnesses. The prosecutors also did not offer him a plea deal even though his prior convictions were non-violent. All of his appeals over the past 38 years have been denied.

Mr. Simmons is incarcerated at Holman, one of the most violent prisons in the country. He is studying for his GED and “tries to stay away from the wild bunch.” He got sober in prison 18 years ago, despite being surrounded by drugs. “I just talked to God about it,” he said. 4/12

“In a place like this, it can feel like you’re standing all alone,” he told WBRC. “I ain’t got nobody on the outside to call and talk to. Sometimes I feel like I’m lost in outer space.” In 2014, Alabama lawmakers removed the last course of appeal for people serving a life sentence without parole convicted by The Habitual Offender Law, according to AL.com.

He remembers his trial lasting 25 minutes and his appointed attorney calling no witnesses. Prosecutors did not offer him a plea deal, even though all of his prior offenses were nonviolent. “They kept saying we’ll do our best to keep you off the streets for good,” he said. 6/12

“It sickens me to think about how many other people are warehoused in prison, forgotten,” Shelburne said in a tweet. “When tough on crime people say everyone in prison deserves to be there, think of Mr. Simmons. We should be ashamed of laws that categorically throw people away in the name of safety. We should question anyone who supports Alabama’s habitual offender law. It needs to go.”