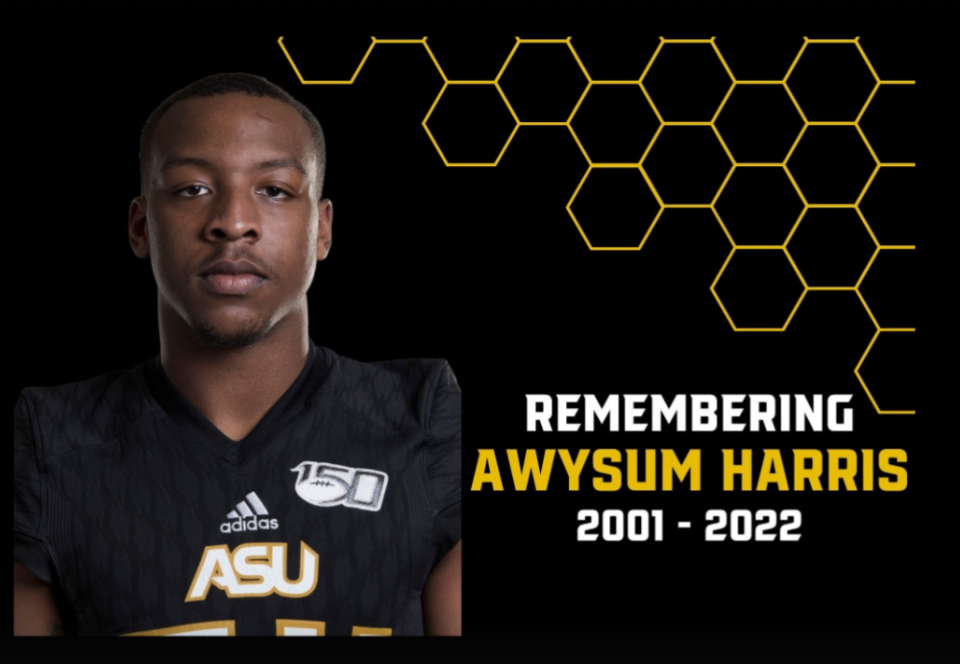 An Alabama college is mourning the death of one of its athletes.

Alabama State University Athletics announced that a sophomore linebacker, Awysum Harris, has passed away. The school took to Twitter to inform people of the athlete who hailed from Decatur, Alabama.

The athletic director of Alabama State University released a statement:

“The Athletic Department mourns the loss of one of its talented student- athletes, and our deepest sympathy is extended to his family,” said Dr. Jason Cable.

Ross left a message on his Facebook page revealing that Harris apparently died of natural causes.

“I am deeply saddened to announce to the Hornet Nation Family that one of our student athletes has died from what appears to be natural causes. The young man, who was a member of the Hornets football team, has been identified as Awysum Harris, a sophomore from Decatur, Alabama.

“This is tragic news for Hornet Nation as we mourn the loss of one of our own. The University will provide support for Awysum’s family, friends and teammates during this very difficult time. I ask that we keep all of them in our thoughts and prayers.”

The Decatur Daily reported that the 2019 All-State player was found dead on Sunday in his dorm room at Alabama State in Montgomery.

Harris, who played at Austin High School as a high school athlete was a second-team Class 7A All-State selection at linebacker and a Decatur Daily All-Area selection after playing his senior season in 2019. The defensive player led the Black Bears with 105 tackles, including 14 tackles for losses. Harris also had three sacks and three interceptions.