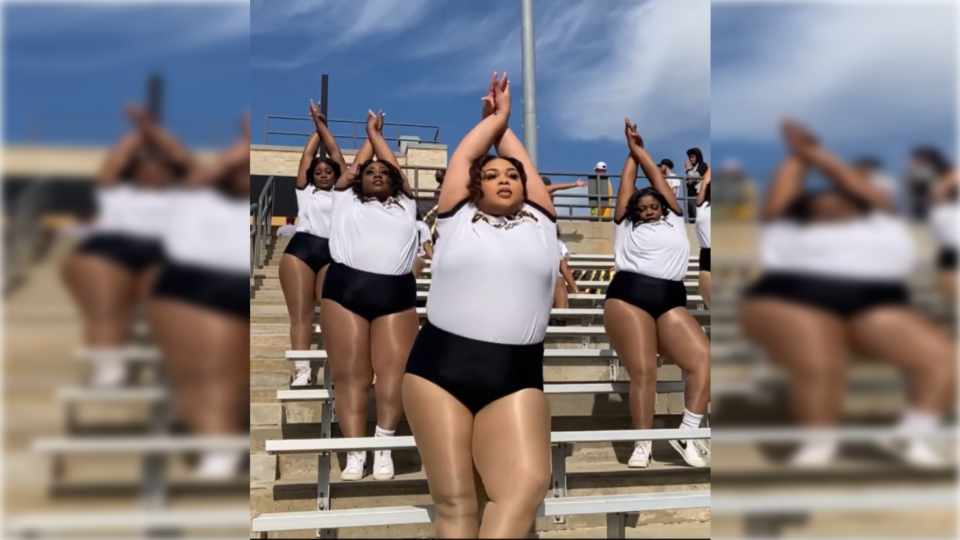 Plus-sized dancers are giving their petite counterparts a run for their money, and the talent is sizzling.

The HoneyBeez dance team at Alabama State University made history as the first HBCU dance group to feature plus-sized dancers.

According to Andscape, the HoneyBeez was established in 2004 by ASU alum and band director James Oliver. After noticing a lack of diverse body types, Oliver crafted the team requirements differently from the traditional eligibility.

To join the team, dancers must be enrolled as full-time ASU students, have a 2.5 GPA or higher, and weigh at least 250 pounds.

“There have been plus-size girls that wanted to try out for the dance line. And, of course, when I got here, all we had were the Stingettes,” Oliver said.

“You can’t really give them that spot on the Stingette line because the uniform doesn’t fit like it should, so usually, the plus-size girls run to the flag team. I decided that this is not fair for these girls. I wanted something different.”

With help from his band members, Oliver searched for plus-sized dancers to audition to perform with the university’s Mighty Marching Hornets Band.

“I asked five of my plus-size girls that were in the band,” Oliver said.

“I said, I have this idea. Do I have some plus-size girls who know how to dance and want to dance? And I had five girls who came out and said they’d try it.”

Amazed by the ladies’ abilities and dedication, Oliver described his HoneyBeez as sweet and electrifying. Although the team received backlash from critics who made negative comments and believed it was a set-up for them to be made fun of, Oliver continued his mission to uplift the women through the art of dance.

“Did I want to continue to deal with the negativity? Or did I want to keep this going because the crowd loves it?” Oliver said.

“But the girls love it too. I made the decision that I was going to keep going. I didn’t care what anybody said. I thought these girls deserved a platform, and I’m going to keep them.”

“Now, let the HoneyBeez not show up [at games],” Oliver said. “I think fans would tear up the stadium.”

Produced by actress La La Anthony, the HoneyBeez released a nationwide 10-episode docuseries on Snapchat in 2020 highlighting the dancers.