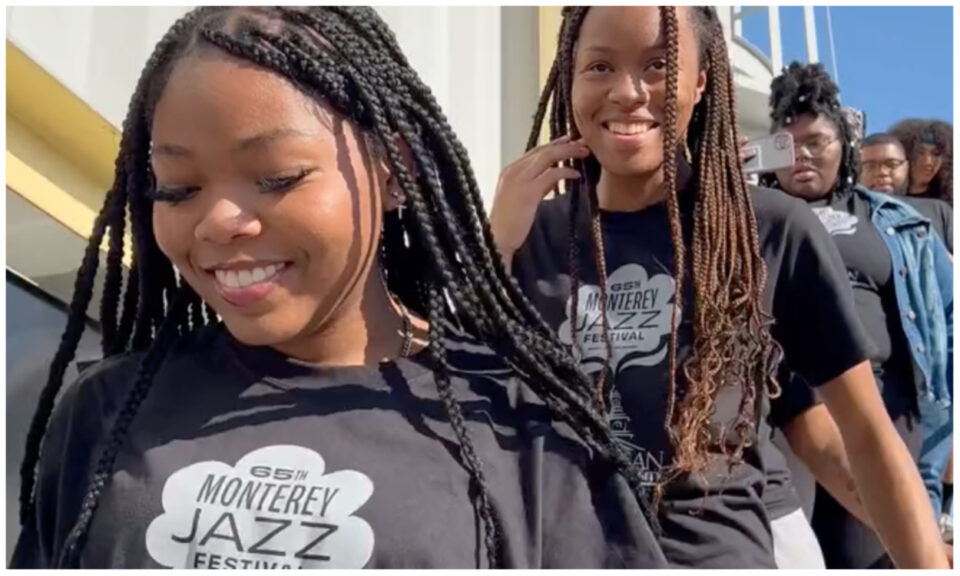 Alaska Airlines surprised a group of students from two HBCUs with a trip to the Monterey Jazz Festival in Monterey, CA.

The airline flew approximately 40 choir and jazz students from Morgan State University and Texas Southern University to the event.

Both schools’ jazz ensembles were invited to perform at the jazz festival, and the airline stepped up to cover the costs.

Managing Director of Public Affairs for Alaska Airlines in California David Tucker said that the airline wanted to remove any barriers preventing the students from attending the event.

“When we learned how much it would cost to fly students to the Monterey Jazz Festival, there was no doubt in our minds that we wanted to ensure there were no barriers to attending one of the best music festivals on the West Coast,” said Tucker. “We want this experience to be the beginning of many firsts, with stories that will be shared for years to come.”

Both groups of students gave impromptu performances on the trip. After flight attendant and recording artist Lauren Brown began singing “I Know I’ve Been Changed” aboard the flight filled with MSU’s choir and jazz ensemble students, the students joined her.

Before their flight from Houston to Monterey, TSU students blessed guests at the airport with a live performance of “This Is Me” from The Greatest Showman.

Braylon Walker, a jazz performance major at TSU, said he was grateful for the opportunity to attend the jazz festival in Monterey.

“For a lot of us, this is the first time going to a big jazz festival,” Walker said. “Some people have never been on a plane or could never have afforded it. I’m one of those people. I’m super grateful.”

Other artists performing at the event include Ravi Coltrane, Gregory Porter, Chucho Valdés, and Terrie Odabi. The Monterey Jazz Festival is being held between September 23 through 25.