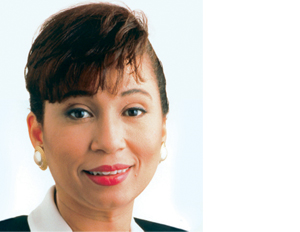 Alexis Herman is a a pioneer, and this Saturday the Black Enterprise woman of power will deliver her message of smarts and success to graduating students at Kaplan University. (Click here to view Herman’s commencement speech live at 12pm Central, Saturday, August 6, 2011.)

Herman began her career working for Catholic Charities helping young, out-of-school men and women find work in the Pascagoula, Mississippi shipyard. At 29, President Jimmy Carter’s appointment made her the youngest director of the Women’s Bureau in the history of the Labor Department. On May 1, 1997, Herman was sworn in as America’s 23rd Secretary of Labor and the first African American ever to lead the United States Department of Labor. Under her tenure, unemployment in the country reached a 33-year low and the nation witnessed the safest workplace record in the history of the Department of Labor. A recipient of more than 20 honorary doctorate degrees from major colleges and universities around the country, Herman has continued to lend her expertise and talent to a vast array of corporate enterprises and nonprofit organizations.