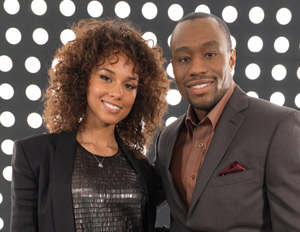 She’s sold 30 million albums worldwide and won 14 Grammy Awards, and now Alicia Keys is conquering the Great White Way.Â  As co-producer of the hit Broadway play Stick Fly, Keys didn’t just invest money or lend her name to the production; she composed the original music and has been instrumental in bringing the project to life.Â  Written by African American playwright Lydia R. Diamond and directed by Kenny Leon, Stick Fly has moved African Americans on Broadway down stage, front and center.

Our World with Black Enterprise host Marc Lamont Hill recently sat down with the superstar on the set of her BLACK ENTERPRISE magazine cover shoot for an intimate, one-on-one conversation about life, love and spreading her creative wings.

Plus, now more than ever, Blacks are redefining how they see themselves. This week our roundtable takes on race and class in America with Princeton University Professors Eddie Glaude and Imani Perry, and author and social commentator, TourÃ©.

Our World with Black Enterprise airs this Sunday at 10 a.m. on TV One and on local stations across the country Feb. 11th and 12th. Check your local listings and visit www.blackenterprise.com/ourworld for additional time and station information.