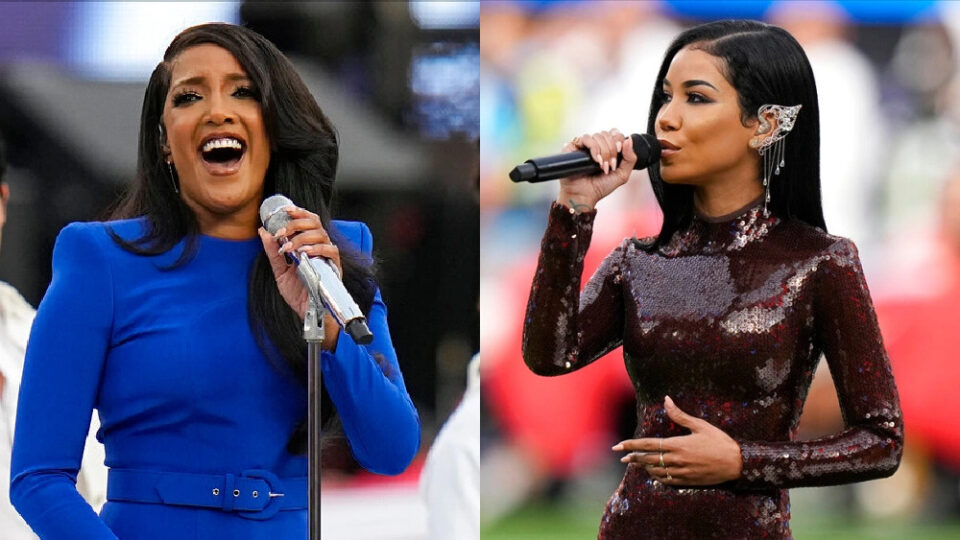 While Guyton was preparing for her performance of “The Star-Spangled Banner,” she was labeled as “Jhene Aiko” during Aiko’s performance of “America the Beautiful.” Fifteen seconds later, the camera shifted to Aiko, who was singing, and a new caption correctly identified her as “Jhene Aiko.”

After Aiko concluded her soft rendition of “America the Beautiful,” Guyton went on to perform the national anthem right on schedule.

Though the ladies’ performances were admired by many, the mislabeling threw viewers for a loop. People immediately took to social media with their frustrations.

Mickey Guyton and Jhene Aiko both did an amazing job… still tryna figure out how they were mixed up… “technical difficulties” are always so convenient. Yall had one job. Don’t mix up the Black folk during Black History Month. Lol#SuperBowl #SuperBowlLVI #BlackHistoryMonth pic.twitter.com/0byomfmNlz

Too bad the same couldn’t be said for whoever wound up confusing for her Jhene Aiko. #SuperBowl pic.twitter.com/wGVfKR8ash

An NBC Sports spokesperson responded to the error on behalf of the broadcast network in a tweet:

“Leading into Jhene Aiko singing ‘America the Beautiful,’ we incorrectly showed Mickey Guyton and misidentified her before showing Aiko’s performance. We apologize to both artists for the error.”