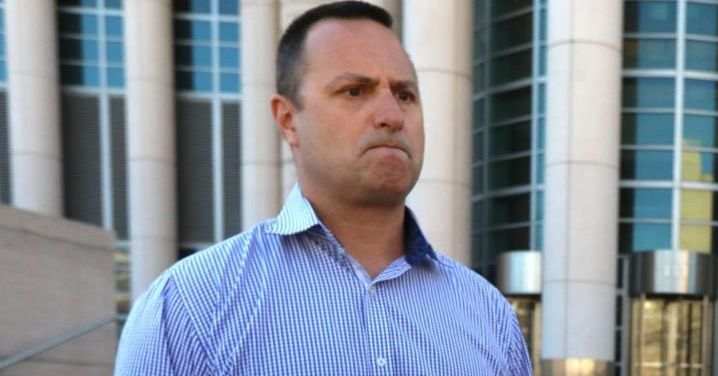 In 2017, St. Louis police officers beat a Black man at a rally so severely he had to have multiple surgeries. The white officers were unaware that he was a fellow police officer working undercover at the rally. On Monday, an all-white jury acquitted the last of the three police officers accused of brutalizing him.

According to NBC News, the jury acquitted Officer Steven Korte of charges of deprivation of rights under color of law and of lying to the FBI in connection to the attack on the Black man, Officer Luther Hall. Three white police officers were charged and there were zero convictions.

The beating took place when Hall was mistaken for a protester during a rally that took place after former white police officer Jason Stockle was found not guilty in the 2011 death of a Black man, Anthony Lamar Smith.

Missouri Congresswoman Cori Bush tweeted out her disappointment in the verdict.

St. Louis police beat a Black cop who was working undercover at a protest “like Rodney King” and not one officer was found guilty.

If an undercover cop can’t get justice, how will the rest of us who have been maced, shot, beaten, and brutalized ever get justice? https://t.co/ckn8qZoAz6

She also reminded people that previous to that incident, another white police officer wasn’t even charged for shooting a Black police officer.

He was never charged. https://t.co/8JARoir34H

St. Louis Police Chief John Hayden said that the police department would start an internal affairs investigation previously requested by federal prosecutors. The requested investigation was delayed because authorities felt conducting the investigations at the same time would compromise the criminal investigation.

“It is our hope to now obtain all relevant evidence from the FBI to conduct a complete and thorough internal investigation,” Hayden said in a written statement.