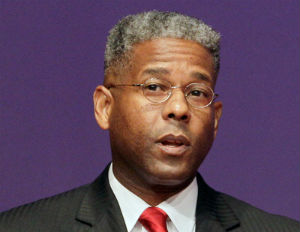 Former Florida congressman Allen West has been hired as a contributor on Fox News, the Washington Post reports.

“Representative West’s congressional and military experience along with his fearless approach to voicing key issues will provide a valuable point of view to the FOX News lineup,â€ Fox News Vice President Bill Shine said in a statement.

Allen West served in the army before running for Congress in 2010. He lost last fall to Democrat Patrick Murphy.