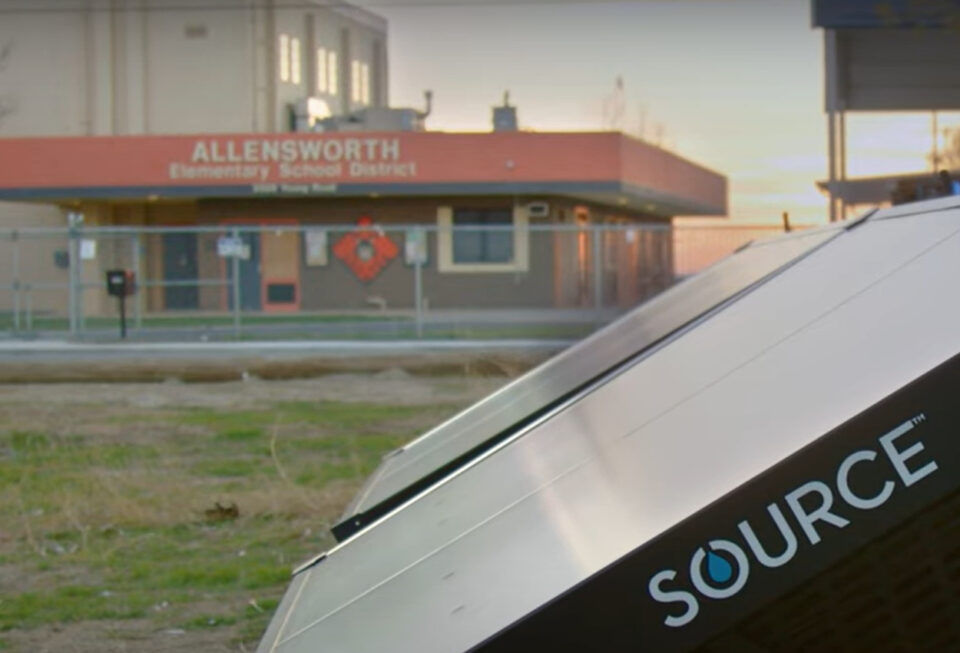 A small, historically Black town in Californiausesg technology to create water out of thin air after racist policies left its water infrastructure outdated and inefficient.

KQED reports Allensworth, a farming town in California with a population of about 500 about 60 miles north of Bakersfield, has had several issues with water infrastructure. In February, the town’s water pumps failed and a few months late,r the system broke down again.

Valeria Contreras, an Allensworth resident, and the general manager of the Allensworth Community Services District, said the breakdowns are so frequent she keeps extra gallons of store-bought water just in case.

“You would think it’s just water, but it’s a necessity—to use a restroom, to wash, to do anything,” Contreras told KQED.

The town’s only clean drinkable water source comes from one spigot in the center of town powered by a hydro panel system that pulls moisture out of the air and turns it into water. The hydro panel system is part of a pilot program with Source, an Arizona-based renewable drinking water company.

The effort is the work of town residents and unpaid volunteers teaming up with partners to raise grant money.

Today, the state of California is going through one of the worst water droughts in its history. According to the state, all 58 counties are currently under a drought emergency proclamation, and more than 1 million residents don’t have access to clean drinking water. The historic drought is even affecting almonds, avocados, and the state’s rice crops, according to NBC Bay Area.

Allensworth was a thriving Black community in the early 1900s, named after founder and Lt. Col. Allen Allensworth, who was born into slavery and escaped and fought for the Union in the Civil War. Back then, the town got its water from the nearby White River. After a few years, white farmers diverted the stream for their crops, cutting off the town’s supply.

The town then hired a local company to dig ground wells, but the Pacific Farming Co. violated its contract and dug less than half the wells it was hired to dig. The town sued but eventually reached a settlement that left it in debt. By the 1920s, Black residents were on their way out.

Today the town is mainly made up of Latino farmworkers, and residents are still tapping the underground aquifer used in the early 1900s, according to Sherry Hunter, president of Allensworth Community Services District. However, residents use it for flushing toilets, showering, and washing dishes since the water contains arsenic.