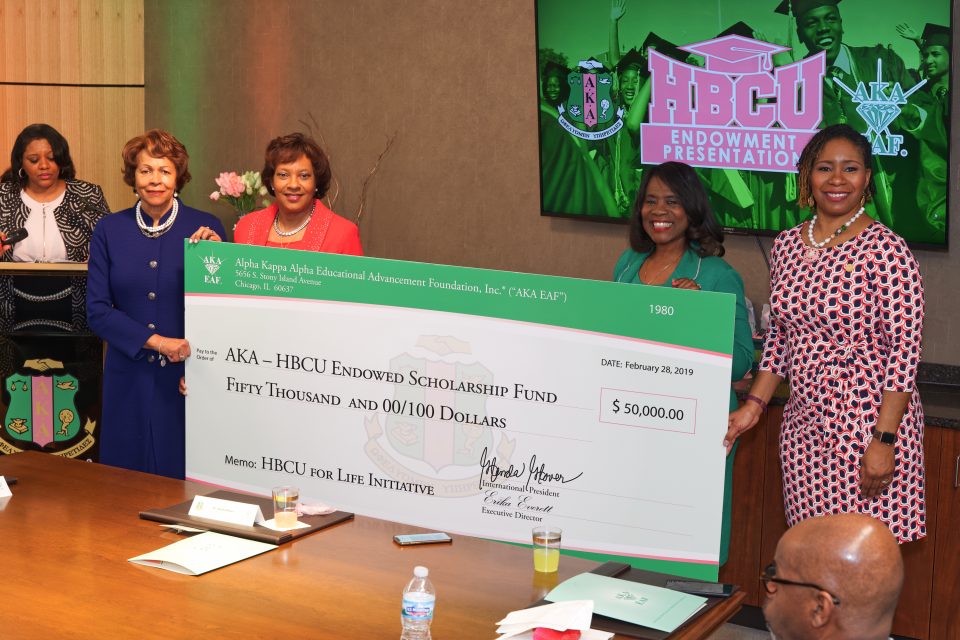 The organization, the initiative was launched in 2018, with a goal of raising $1 million on each HBCU Impact Day. The campaign is one of several which collectively towards a fundraising goal of $10 million over the course of four years as part of the HBCU For Life: A Call To Action initiative.

“In the fourth and final year of our HBCU Impact Day Initiative, I am pleased, honored, and excited to report that we have doubled our giving, exceeding the $2 million mark, a historic moment for Alpha Kappa Alpha, our members, other donors, and the institutions that will benefit from these funds,” AKA international president and chief executive officer Dr. Glenda Glover wrote in a statement. “This means even more support for them – our HBCUs!”

The $2.1 million total only accounts for online donations and text pledges, and does not include mail-in and pending donations. The sorority is still accepting donations via all channels listed on their website.

The funds raised have through the HBCU Impact Day initiative are already being put to good use. Over the summer, Alpha Kappa Alpha presented a $50,000 unrestricted endowment to each of 31 historically Black institutions including Bethune-Cookman University, Claflin College, Morehouse School of Medicine and the University of the Virgin Islands. The total $1.6 million in endowment funds were presented by the AKA Educational Advancement Foundation during the organization’s annual convention, which was held virtually in July.

“It’s gratifying to know that funds raised will support endowments, providing sustainability to our historically black colleges and universities,” Dr. Glover added. “I am especially appreciative to everyone who contributed to the success of this year’s HBCU Impact Day.”

Dr. Glover, who created the HBCU For Life initiative, knows the good that can be done with these funds first-hand. In addition to leading Alpha Kappa Alpha Sorority, Inc., she has been serving as the president of her alma matter, Tennessee State University, since 2013.