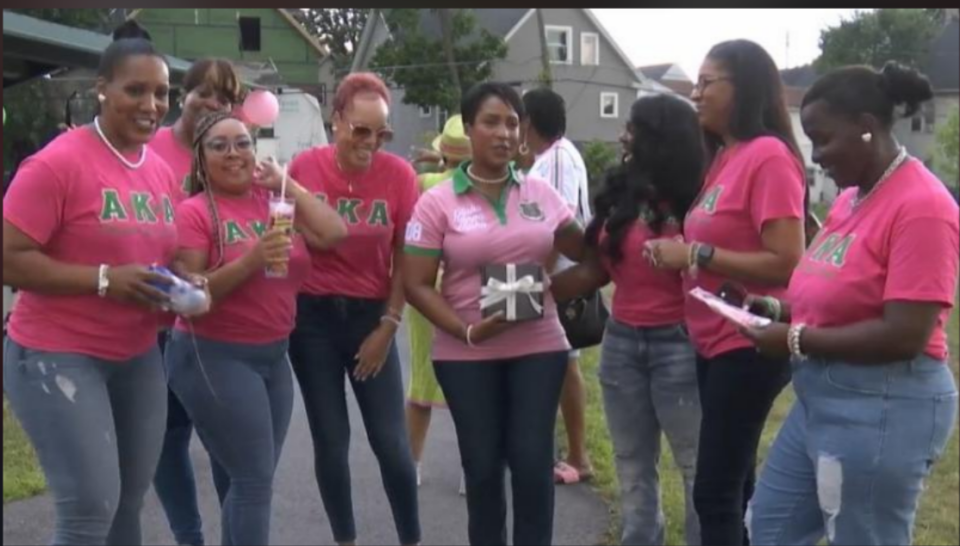 One of the prestigious Divine Nine gives back in a special way.

The Alpha Kappa Alpha Sorority, based in Springfield, Massachusetts, has selected nine Greater Springfield high school seniors, who committed to Historically Black Colleges and Universities (HBCU) in the fall, to be part of a Commitment Day event Tuesday evening, Western Mass News reports.

“In spring of ‘22, we brought in nine new initiates into our chapter in Springfield, and those nine initiates wanted to do a community service honoring 9 freshman, rising freshman at HBCUs,” Lisa Johnson of Alpha Kappa Alpha explained, per the news outlet.

“So, what they did was put together these packets of necessities that young ladies would need for entering college, so that’s what we’re doing today.”

“It’s hugely important,” said Janet Lopez, an AKA sorority sister, according to WWLP. “I think students who have never been away from home, those leaving the state all together, there’s a sense of anxiety. And it’s nice to know they not only have support from their family, but support from us as well.”

Hailing from Howard University, the Alpha Kappa Alpha Sorority Inc. was established in 1908 and remains the oldest Greek-letter organization established by African American college-educated women, per the organization website.

The Springfield chapter’s commitment to HBCUs is among many other ambitious initiatives led by these divine women.

BLACK ENTERPRISE previously reported on the recent partnership formed between the AKAs and Disney. July 9th weekend kicked off the 70th annual international Boule conference in Orlando, where hundreds of AKAs showed up and showed out to support Disney with creating opportunities for HBCU students.