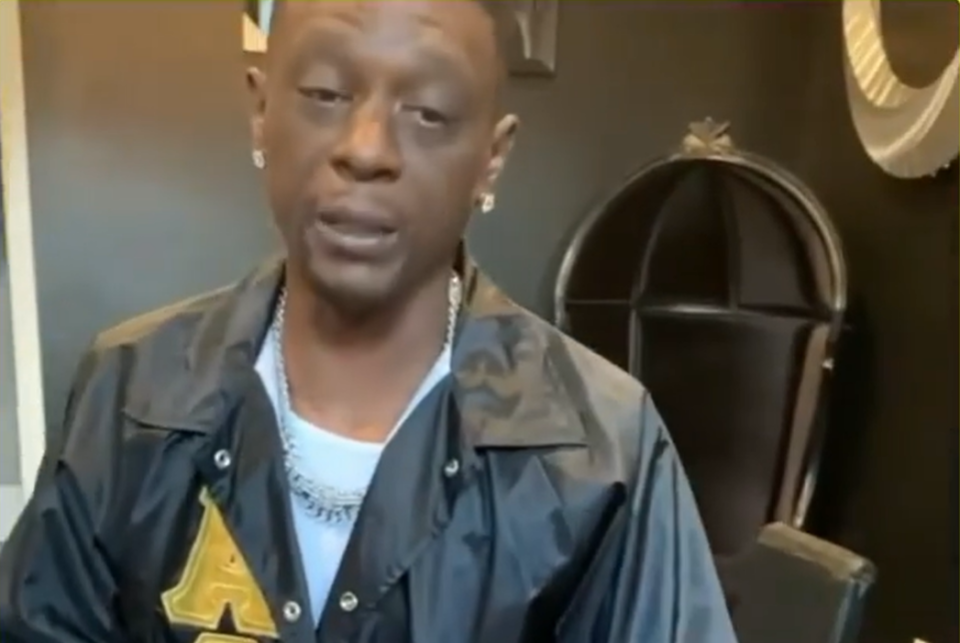 Rapper Boosie Badazz is a lot of things, but a member of Alpha Phi Alpha Fraternity Inc. is not one of them.

The ice-cold brothers of A Phi A celebrated their Founders’ Day on Saturday. But, apparently, Boosie wanted in on the fun.

The Louisiana native uploaded a video wearing a jacket bearing the official letters of the fraternity despite not being an official member. “I know I look good in this jacket,” Boosie captioned his video.

In the clip, Boosie shared his pride in wearing the jacket that reminded him of the late great Martin Luther King Jr., a civil rights leader and actual Alpha man.

“Remind me of the great Dr. Martin Luther King,” Boosie said. “I need whoever do the best stroll with this jacket, we gon have an award for y’all. Y’all go do the Run It Up challenge, and it’s big, bro.”

Boosie’s latest dig at Black fraternities comes one year after he caused an uproar for wearing a sweater sporting the letters of Kappa Alpha Psi fraternity.

“I apologize to ’em, but I need some [apologies] too because they talking ’bout they shed blood for this,” Boosie said at the time. “They got people in my DMs talking like they built like me. Like they talking gangsta. I’m like bruh, it ain’t that serious. I don’t wanna do nothing witchu. My bad, dawg.”

Some took to Twitter to blast Boosie for the blatant disrespect to the first Black fraternally established Greek-lettered organization ahead of its 110th founders’ day.

Boosie in this Alpha jacket and droppin’ Bro. MLK.

This how we starting December? pic.twitter.com/aNVqOMte2L

“I’ve been coming to Jackson since I was 14, and I love y’all,” Boosie said. “Y’all love my stanky drawers and I love y’all back. And I just wanted to tell y’all that y’all always been supportive of me and it’s a big secret I was going to let it out, but I’m enrolling in Jackson State next semester.”

Boosie might consider joining a frat while enrolled in college. He clearly has an interest.